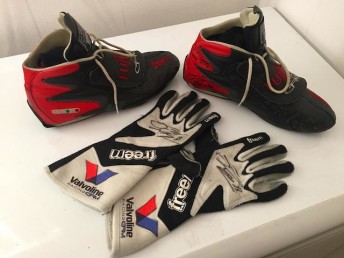 The greater Australian motorsport community has moved to support a South Australian three-year-old stricken with a rare form of terminal brain disease.

Noah Hopkins suffers from Leukodystrophy which sees symptoms that includes decreased motor function, muscle rigidity and a degeneration of sight and hearing.

A black tie dinner will be held at the West Adelaide Football Club tonight (April 2) to raise funds for the toddler. 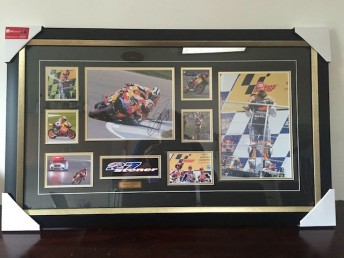 Motorsport photographer Ash Budd has rallied to the cause helping to co-ordinate several key items from the V8 Supercars fraternity that will go up for auction at the dinner.

“The response from the motorsport fraternity has been terrific and it is still coming,” Budd said.

“Now we just need to have the motorsport fans around Australia get on to Facebook and put in their bids.”

Among the motorsport items up for grabs is the pair of race boots that Scott McLaughlin used in his first ever V8 Supercar win at Pukekohe in the GRM Fujitsu Holden in 2013. 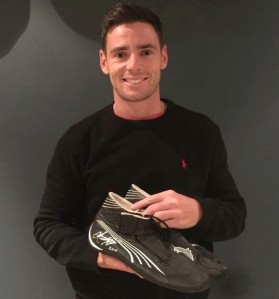 The talented young Kiwi has also provided a pair of race-worn gloves from his first season in a Volvo last year.

There is also an extensive list of items from other fields and sports including a Don Bradman signed cricket bat and a bottle of 2006 Penfolds Grange Hermitage.

Noah is the son of Robert Hopkins and Danielle Perrin and younger brother of six year-old Riley Perrin.

Fans can bid on the silent auction items through a dedicated Facebook page www.facebook.com/fundraisingfornoah that has been set up for the three-year-old.