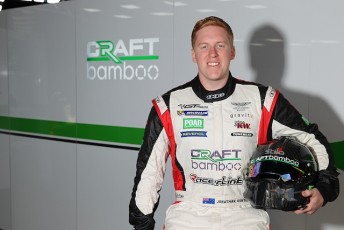 The opportunity now gives Venter a chance to be added to the AMR factory effort for next season.

Venter, 19, was selected by a panel of AMR’s senior management who gave the driver one of 10 places in the program.

A winner of an Australian karting championship and three state titles before he was 15, Venter has been retained by the Craft-Bamboo Racing operation this year after his debut with the Hong Kong-based British concern last season.

“I am incredibly surprised and delighted to be given the chance to participate in the Evolution Academy, it is a dream come true to be recognised by such a famous racing brand like Aston Martin,” Venter said. “I can’t wait to begin my training with them so I can learn as much as possible about what it takes to become a truly professional GT driver.”

“Jon has a mature head on young shoulders, and in working with Craft-Bamboo Racing in GT Asia, has chosen to partner with not only a great team, but also our technical partner team in Asia.

“This combination will prove to be a great package, and the perfect environment for Jon to learn and grow as a GT driver.”