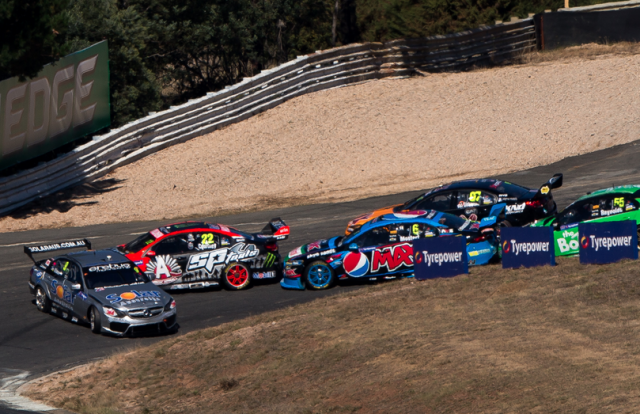 Stewards have dismissed Erebus Motorsport’s protest of the decision by V8 Supercars Investigating Officer Jason Bargwanna not to take action over the clash between James Courtney and Will Davison in Race 4.

The protest was heard at the circuit this morning with stewards reviewing vision and data from the cars as well as submissions from both Erebus and the Holden Racing Team.

Steward Steve Chopping told Speedcafe.com that, while the evidence showed that Courtney had made contact with Davison prior to receiving a hit from Chaz Mostert, it was not significant enough to unsettle the Mercedes.

The spin for Davison was therefore declared the result of the chain reaction that involved Jamie Whincup, David Reynolds, Mostert, Courtney and Davison.

The ruling sees Erebus forfeit the $4,400 fee required to lodge a protest.