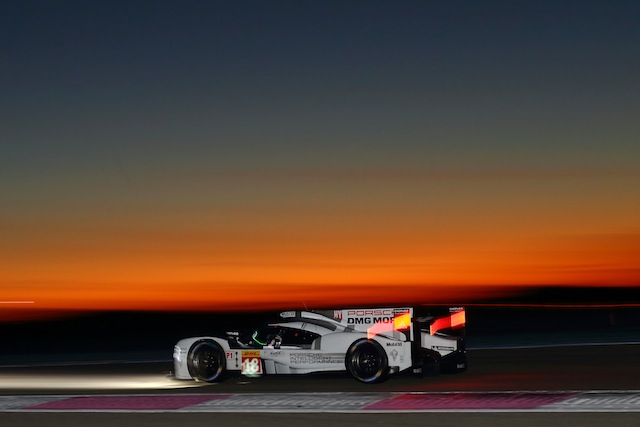 The Porsche 919 Hybrids have completed a clean sweep of all five sessions in the World Endurance Championship prologue tests at the Paul Ricard circuit.

Following on from setting the fastest times in the three Friday sessions, Porsche continued to lead the way in the final two sessions of the two-day test.

The #18 Porsche shared by Neel Jani, Marc Lieb and Romain Dumas set the fastest overall time of 1:37.22s, a time set during the Friday evening session.

Mark Webber’s #17 919 he shares with Timo Bernhard and Brendon Hartley was second overall.

The #7 Audi R18 e-tron quattro and #8 sister car were third and fourth fastest ahead of the pair of world champion Toyota TS040’s in fifth and sixth.

Porsche, which has stepped up to the maximum 8 megajoule hybrid class in its second season with the 919 LMP1s, focussed on longer runs on the final day.

“All LMP1 cars have made huge progress compared to 2014,” Porsche team principal Andreas Seidl said.
“For us it was important to practice and double-check all procedures with two cars and all drivers before the first race.

“All the drivers managed a good mileage and had the chance to again familiarise themselves with the traffic in daylight and at night.

“Despite the heavy winds on day one, we’ve almost ticked off our entire program.”

Aston Martin Racing topped both the GTE Pro and Am classes.

Fernando Rees topped GTE Pro in the #99 Vantage while Stuart Hall led the way in GTE Am.