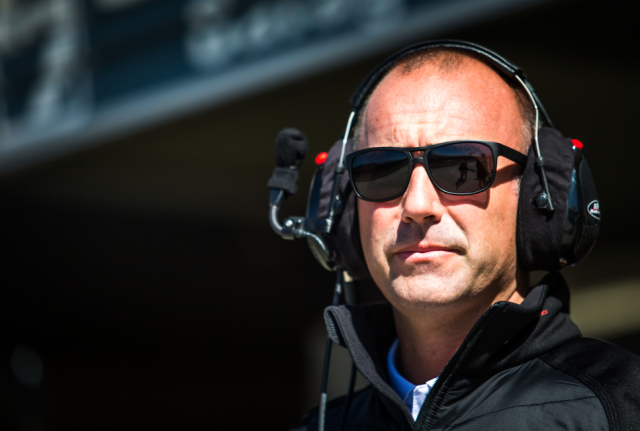 Roger Penske has ruled out the possibility of fielding Marcos Ambrose in one of his team’s NASCAR Sprint Cup entries for this year’s road course races.

The US racing giant last year expressed interest in the prospect of Ambrose returning to the category for the Sonoma and Watkins Glen events if the right commercial deals could be struck.

Ambrose, who has now stepped back to a co-driving role in Penske’s V8 Supercars team, has repeatedly downplayed the prospects of returning to NASCAR, despite his previous success on the road courses.

Penske says his team will focus on its stars Brad Keselowski and Joey Logano, as well as development driver Ryan Blaney, who is running under the Wood Brothers banner.

“We’ve got enough drivers over here,” Penske told the Associated Press this weekend in St Petersburg when asked of an Ambrose NASCAR return.

“Our plan right now is supporting Blaney with Woods and then with Brad and Joey. There’s no reason at the moment to do that (with Ambrose).”

Penske also stressed that Ambrose remains a part of the V8 Supercars program and will return to the wheel later this year.

“I think the key thing is Marcos will get back in the car, we’ve got the long distances races and we’ve got a long-term deal with him, so it’s not that he’s out,” said Penske.

“I think we are more evaluating what are we going to do to be better?”