Mostert fastest ahead of Sunday qualifying

Mostert fastest ahead of Sunday qualifying 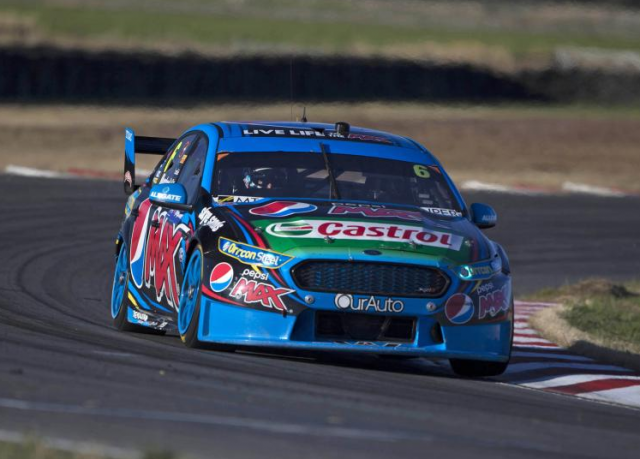 Prodrive team-mates Chaz Mostert and David Reynolds topped the times in the final practice session prior to qualifying for Race 6 at Symmons Plains.

The 15 minute session saw a mix of hard and soft compound tyres as teams prepare for the afternoon’s 200km race, for which one set of softs has been allocated to each car.

Mostert, who also topped the wet opening practice on Friday, moved to the top on his second of three runs with a 51.44s.

He then became the latest in a series of cars to run into the Turn 4 escape road on his very next lap, rejoining unscathed.

David Reynolds was less than a tenth adrift after improving in the closing stages, with Fabian Coulthard slotting into third.

Erebus’ Will Davison spent time at the top of the order before being bumped to fourth, while Mark Winterbottom, Craig Lowndes, James Courtney, Scott McLaughlin, Jamie Whincup and David Wall completed the top 10.