Frustration for McLaughlin amid Volvo woes

Frustration for McLaughlin amid Volvo woes 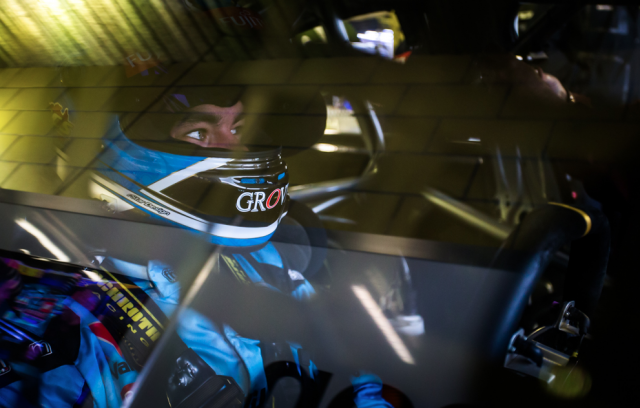 Scott McLaughlin aboard the #33 Volvo S60

Scott McLaughlin has vowed to stay positive for his Volvo crew despite reliability woes hurting the squad’s championship prospects.

The rising star and the new Volvo package were among the front-runners from the outset last season and headed into 2015 expected to be a major title threat.

A shocking start to the campaign, however, sees the 21-year-old 20th in the standings after five races, already 251 points adrift of leader James Courtney.

Including the non-championship Albert Park event, McLaughlin has been taken out of contention in four races thanks to mechanical problems.

Two have been engine failures; the first on the warm-up lap for the season opener in Adelaide and the second occurring yesterday at Symmons Plains.

McLaughlin says that little has changed over the off-season to trigger the issues, but admits the squad must push forward with its package in order to remain competitive.

Fuel economy was one of the car’s clear weaknesses last season, which engine partner Polestar has been attempting to address.

“It is a bit weird because it feels like the years have turned around,” McLaughlin told Speedcafe.com.

“The first year we were mint and this year it feels like it’s our development year. It sucks because we feel like we’ve got a reasonably fast car

“But the end of the day we need to develop so we’re pushing the envelop trying to get economy and stuff like that.” 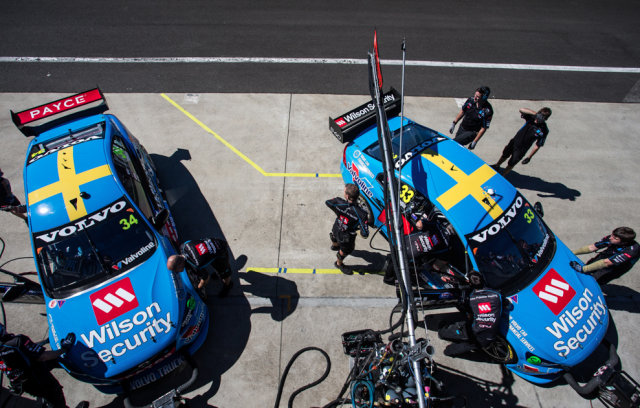 McLaughlin says the run of outs even had him considering reverting back to his 2014 helmet design in search of a change of luck.

Although frustrated by the problems, he is determined to remain positive as the team and its Swedish engine partner work through the issues.

“If I’m down, everyone else is down as well,” he said.

“At the end of the day I think I’ve got to be a bit of a leader of the troops and make sure everyone is pepped up.

“I need to show that I’m committed to this project and making us go faster. I can’t drop my head down because of a few failures.

“There’s going to be bigger bumps in my career than this. We had plenty of good days last year and I knew the bad days were coming.

“We had a couple last year but they weren’t as bad as what we’ve got now.

“I’m angry and everyone is disappointed, but at the end of the day we’ve got to get through it as a team.”

The driver is confident he’ll have a fast car in today’s qualifying and 200km race, but admits that any more failures will be extremely damaging to his title prospects.

“We need to start closing the gap or at least maintain it.

“Every time you DNF it’s not good for the championship and we know that. We kick ourselves and we’re frustrated.

“I would be lying if I said I wasn’t thinking about the championship.

“I believe we’ve got the pace to do it, but the reliability is really hurting us at the moment.” 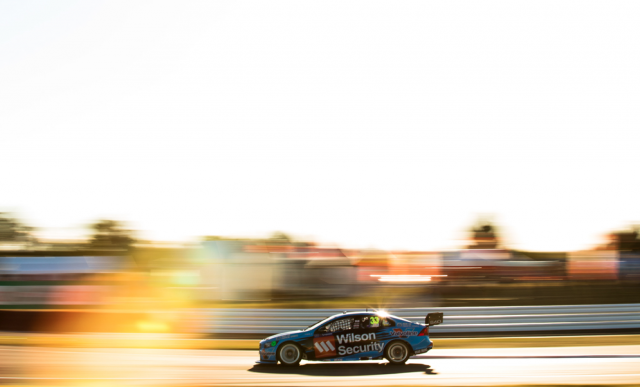