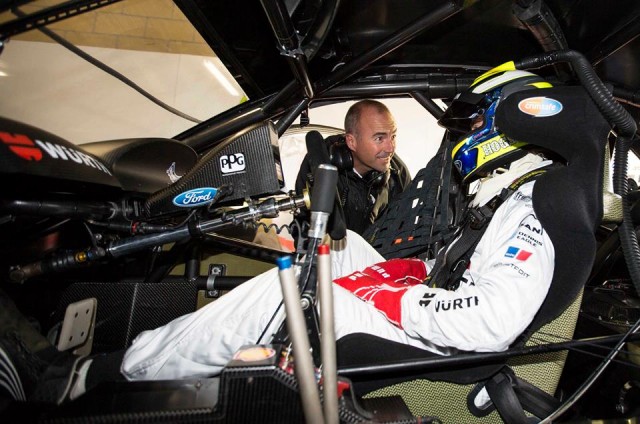 The 25-year-old finished 18th in the morning’s rain-hit session before clocking the 20th quickest time while on the hard compound tyre in the dry afternoon running. 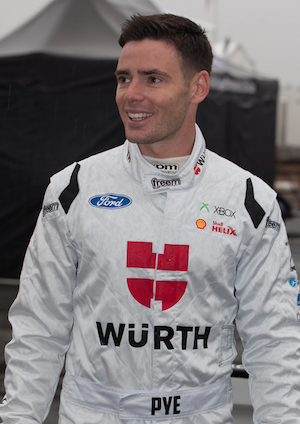 Ambrose spent the day in the team garage, conversing with Pye and engineer Mark Fenning during the two 60 minute sessions, as well as participating in post-session engineering debriefs.

“It was a tough but a good initiation with it being so wet this morning,” reflected Pye of his day.

“We stayed with what was effectively a dry set up as the boys were predicating it would fine up. I think we were pretty competitive, up and around the top 10 for a lot of the first session. I made a couple of mistakes toward the end. I was probably a bit rusty.

“The second session went pretty smoothly. We had a good program and I was happy with what we tried. The changes made were definitely able to be felt in the car. It gave me good feedback and a good feel.

“The braking is a big improvement over what we had last year, so overall I’m pretty happy with the car. I think a lot of guys went to the ‘soft’ tyre so maybe P20 is a little further down than were really are in terms of car speed.

“Overall I felt comfortable in the car and it is a credit to the DJR Team Penske boys to turn the car around after Marcos’ announcement to get the ergonomics sorted out for me.”

Sunny conditions are expected at the circuit tomorrow, with a possible shower being forecast for Sunday.