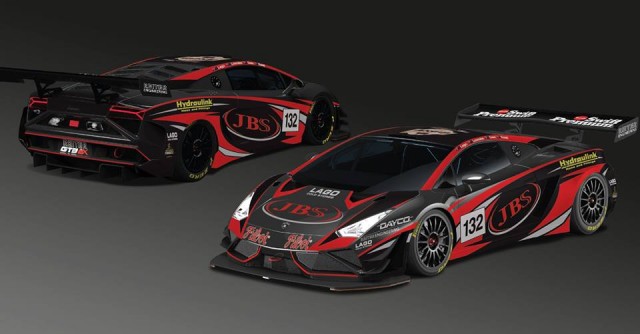 Craig Lowndes will return to the 24 Hours of Spa this year with Australian Roger Lago’s Lamborghini effort.

Lago’s team is also having its second crack at the event and has ordered a brand new Lamborghini Gallardo Extenso from Reiter Engineering for the occasion.

The Brisbane-based businessman’s team has also confirmed that it is again bringing David Russell and Steve Owen to the event.

Lowndes replaces his own V8 Supercars co-driver, Steven Richards, in the four-man line-up.

“Naturally I am delighted to be returning to Spa, it’s the most amazing event on the best track ever,” said the three-time V8 Supercars champion.

“I learned so much last year and really wanted to go back and have another crack, and I have to thank Roger for the opportunity.

“The driving line up is incredibly strong … David is very fast and very experienced in these cars, as is Steve, and they both drove this event with Roger last year, so they also know the track and the event, and what to expect.

“Our Lamborghini will be brand new, to the very latest Reiter spec, so it’ll be a weapon for sure.”

Supported by Reiter, the team’s Spa campaign will be headed up by former Triple Eight engineering director John Russell.

Lowndes is the second V8 Supercars star confirmed for Spa, with Shane van Gisbergen set to return with Von Ryan Racing as part of his McLaren factory contract.

Last year saw Lowndes score third in class and eighth outright, while the Lago and Van Gisbergen entries both failed to finish.