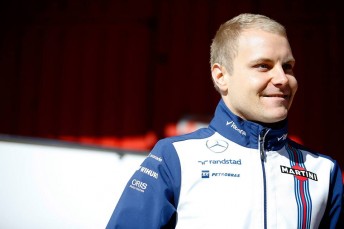 Valtteri Bottas has been cleared to race in Malaysia

Sidelined drivers Valtteri Bottas and Fernando Alonso have been given the all-clear to return to competition at the Malaysian Formula 1 Grand Prix this weekend.

Bottas was forced to stand down from driving in the season-opening Australian Grand Prix at Albert Park 10 days ago after injuring his back during qualifying.

The Williams driver had been working with a leading physiotherapist in a bid to be fully fit for the Sepang race.

Bottas was given final approval to race after passing tests conducted by the FIA medical team today.

A Williams team statement read: “The team has always been fully supportive of Valtteri and his determination to return to the cockpit and following final approval by the FIA medical team in Malaysia today, we are pleased to confirm that Valtteri will be back in the FW37 this weekend for the Malaysian Grand Prix.”

McLaren’s Alonso has meanwhile been given approval to race having suffered a concussion in a testing crash last month which forced him to miss the Australian GP.

The Spaniard had passed preliminary examinations by specialists in the UK before boarding a plane for Malaysia earlier in the week.