Winterbottom amongst the pace setters in Brazil

Winterbottom amongst the pace setters in Brazil 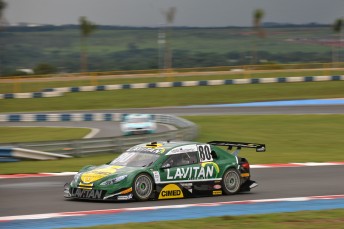 Mark Winterbottom has quickly adapted to the Brazil Stock Car

Mark Winterbottom has quickly adapted to the Brazil Stock Cars’ series by setting the third fastest time in the second co-drivers only session at the Goiania circuit.

Although it is Winterbottom’s second appearance in the series after racing at the Interlargos Circuit in Sao Paulo last year, the Pepsi Max Crew driver has got up to speed at the different circuit aboard the left-hand-drive V8 powered Peugeot from Voxx Racing.

Former F1 pilot Ricardo Rosset set the quickest time ahead of Nestor Girolami, with Winterbottom 0.2-secs from the fastest time despite reporting a brake issue.

Winterbottom was sixth quickest in the 33 car field during the first session which was run in wet conditions. 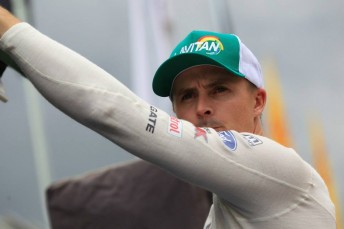 Winterbottom is one of 33 co-drivers racing in Brazil

“It has a lot more grip than I’m used to. My team-mate is quite fast, tomorrow is a big day and I don’t want to let him down.

“There’s a big difference between the Brazilian V8 and the V8 Supercars. We’ve got a lot more power, but they have a lot more grip. It’s different to drive because the car have got a lot more aero, so it carries more speed mid-corner. But it’s very nice to drive, very close racing, and it’s fun”.

Tomorrow’s qualifying will be a combination of both drivers with Winterbottom sharing with one of the series’ favourites Marcos Gomes.