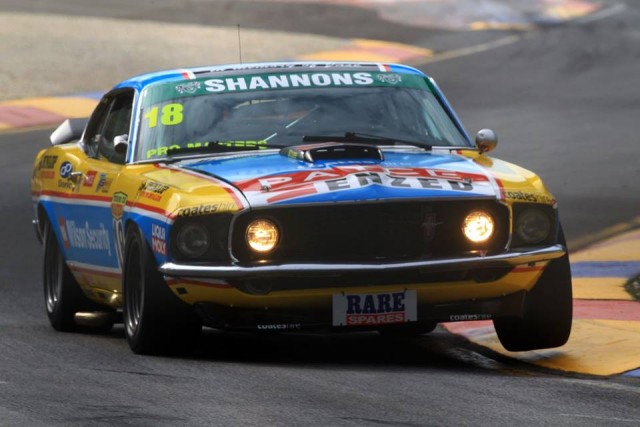 Marcos Ambrose isn’t the only Tasmanian hero who will be missing in action at Symmons Plains, with John Bowe relinquishing duties in his Touring Car Masters entry for the weekend.

The #18 Ford Mustang will be driven by Steven Johnson while Bowe is in Fiji at a conference for sponsor Dunlop Super Dealers.

The event will mark Johnson’s first drive of the Mustang after talks for the former V8 Supercars race winner to make a one-off start last year failed to eventuate. 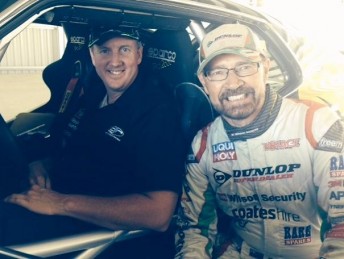 Johnson, who will travel to the meeting with the car on the Spirit of Tasmania ferry, says he isn’t underestimating the strength of the TCM opposition.

A 25-strong field has entered for the event, headlined by opening round winner Andrew Miedecke in Whiteline Racing’s Chevrolet Camaro.

“I don’t really know what to expect in terms of the car but JB doesn’t think I’ll have any dramas adapting,” Johnson told Speedcafe.com.

“I think a lot of people don’t realise that the guys at the front have been doing it a long time and are very good drivers.

“I’m under no illusions that I’m going to go in and clean up, especially having not been in the car yet, but hopefully we can be up the pointy end somewhere.”

Symmons Plains will be the first TCM event that Bowe has missed since early 2008 and effectively puts him out of the running for a third title.

“I’ve known Steve since he was a little boy and have a huge amount of respect for his ability as a race driver,” Bowe told Speedcafe.com.

“When I needed a driver for Symmons he was the only one that came to mind, other than his dad, who politely declined!

“Steve did a great job in the Audi in Adelaide and I can’t believe that a V8 Supercar team hasn’t snapped him up for the endurance races yet.

“The Mustang is a good car and I think he’ll really love it. It’s a great category and a shame that I can’t be there for the event.

“It obviously takes me out of contention for the title but for me that’s not what it’s really about,” he added.

“I race in the category for the enjoyment of it because it’s a great fun class to be a part of.”

Bowe’s Mustang has undergone extensive repairs after taking damage in a multi-car accident in Adelaide, which triggered TCM organisers to scrap the controversial reverse grid format.