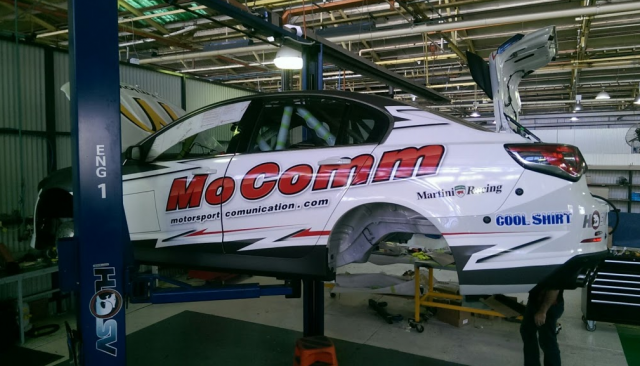 Jim Pollicina’s HSV in the final stages of Sandown preperation

The debut of new machinery from HSV and Ford will highlight the opening round of the new Australian Manufacturers’ Championship season at Sandown this month.

Jim Pollicina, who has stepped back from the Dunlop Series this year, has completed the build of a HSV GTS Gen-F that is expected to prove an outright contender.

The category has been dominated by turbocharged Mitsubishi and BMW entries over recent years, with Aussie V8s on the outer.

Although heavier than its rivals, the 6.2 litre V8 in the HSV produces 430kw, which will suit Sandown’s long straights.

“When I saw the specifications of the new GTS and realised it was going to be eligible for the AMC, it was too good an opportunity to resist,” said Pollicina, who is also returning to the Kumho V8 Touring Car Series this year.

“With its long straights and slow corners, Sandown will really suit the handling characteristics of the GTS; its torque and acceleration will allow it to accelerate hard out of the corners and reach a high top speed.”

Pollicina’s car will be co-driven by Erebus Australian GT pilot Geoff Emery, who has a long-time association with team manager Dean Lillie.

“We have always had Fords and run them in various categories and we are certainly extremely proud to be running the latest generation Falcon – for us it is Ford or nothing really,” said Karadimas.

“The fact that it is the last Falcon to be produced makes it that little bit more special for us, but also sad.

“The livery was chosen as a tribute to Ford Australia given the fact that this Falcon model is the last to be manufactured in Australia – it is very sad to see the end of an era, but we are happy to be able to do this small thing as our own little send-off.”

The 14 car AMChamps field will tackle a three hour race at the Shannons Nationals meeting on Sunday, March 29. 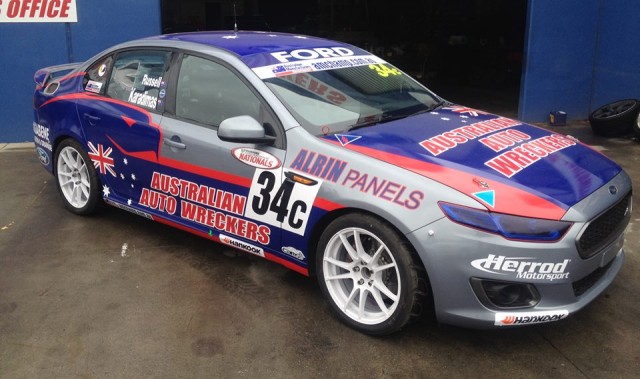