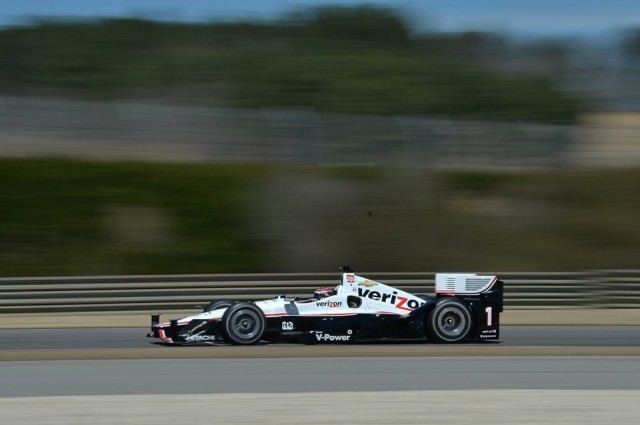 Will Power topped the time sheets at Barber Motorsport Park

Will Power has made a strong start to his IndyCar title defence with the Australian setting the fastest time in the first major pre-season test.

Power, who had been second fastest on the opening day, set his eventual best time of 1:07.31s towards the end of the morning run.

The lap proved a full second quicker than his pole position effort at the circuit last year thanks to extra downforce produced by the new aerodynamic kits.

Further emphasising the impact of the bodywork changes, the test was run on the category’s hard compound tyre, as opposed to the soft seen at last year’s race meeting.

“The aero kits produce so much more downforce and there’s a lot of grip, so the cars are faster everywhere,” said Power.

“I would expect to break lap records just about everywhere.

“I think we found some good stuff as a team for (the season opener at) St. Petersburg and when we come back to race here (April 26).”

Third fastest was Stefano Coletti, who proved quickest of the four rookies aboard his KV Racing Dallara as the Chevrolet powered teams continued to dominate.

Seventh placed Graham Rahal was the first of the Honda-powered runners in seventh for Letterman Lanigan Racing.

Two more road course tests will take place next week ahead of the season opening race on March 29.

VIDEO: Onboard at Barber with Stefano Coletti