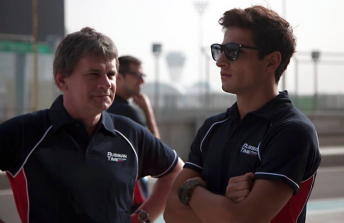 The opportunity will represent a first foray into sportscar racing for the New Zealander, who will dovetail the commitments alongside a third season in Formula 1’s feeder series, GP2, with Russian Time.

Evans is scheduled to join Jota Sport for the FIA WEC round at Spa in May before making his debut at the prestigious French endurance classic in June.

“I’ve never raced a sportscar and only drove one for the very first time last month but I don’t see this an issue,” said Evans.

“I’ll use my single-seater experience to get to grips with the LM P2 sports-prototype as fast as possible. I’ve followed sportscar racing for many years and Le Mans has always been on my ‘bucket list’.

“My aim at Spa will be to learn this new style of racing and gaining experience with driver changes. For Le Mans, the goal will be to help JOTA win LMP2 again.

“I visited Le Mans for the first time last year and honestly didn’t realise the size of the event – in terms of the track itself and the spectacle as a whole.

“I’d watched it previously on television but you cannot appreciate the magnitude of the event until you actually visit the place.