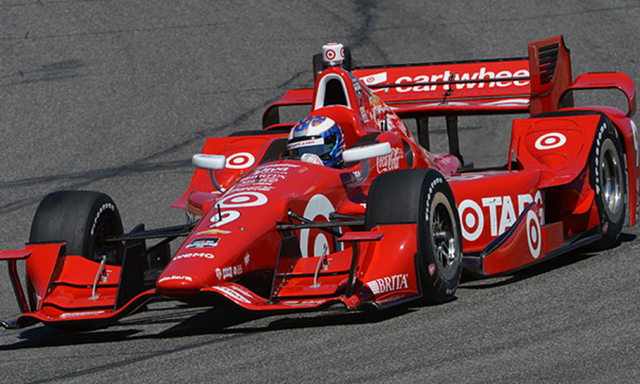 Scott Dixon led the way on the opening day at Barber

IndyCar Series drivers have put the new Chevrolet and Honda aerodynamic kits through their paces during pre-season testing at Barber Motorsport Park.

The first day of the two-day hit-out saw Chip Ganassi Racing’s Scott Dixon top the time sheets in the dying stages of the seven hours of running.

The Kiwi’s best of 1:07.48s proved almost a full second quicker than the pole time at the venue last year thanks to the higher grip levels brought about by the aerodynamic changes.

In addition to the two manufacturers homologating their own kits, teams have a plethora of options available to trim the cars to each driver and circuit.

The task of adjusting to the changes is expected to dominate all three tests prior to the season opener at St Petersburg on March 29.

The Barber running follows a brief initial hit-out for the new kits at NOLA on Saturday, where Dixon had also proven the fastest man.

“I think both cars are very different, which for the fans and series will be exciting,” said Dixon of the aero kits, which have drawn widespread criticism for their function-based aesthetics.

“Honestly, I don’t care what it looks like as long as it’s fast. If this is any indication of the speeds, I think you will see a lot of track records broken this season.

“It’s been a significant change in driveability or how to attack the car with all the downforce.

“We’re working with balance issues, weight distributions and just trying to feel out some of the changes with the aero kit and the loads changing significantly with the corner speeds.

“All in all a decent day. We still have plenty to test tomorrow, and try to find some extra things for when we come back for the race in April.”

It wasn’t all good news for Chip Ganassi Racing as Sage Karam crashed in the early stages, injuring his right wrist.

The 20-year-old, who replaces Australian Ryan Briscoe in the team’s line-up this year, will miss the second day of the test as a result. The Honda package, seen here on Carlos Munoz’s Andretti entry, has struggled initially against that from Chevrolet