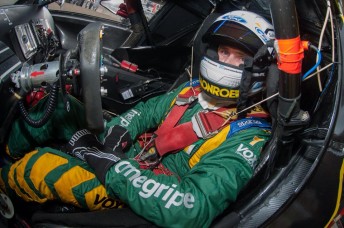 Fresh from a clean sweep at Albert Park, Mark Winterbottom will return to Brazil’s Stock Car Series this weekend for what he describes as one of the biggest challenges of his career.

Winterbottom is again competing in the category’s two-driver season-opener, in which he made his international car racing debut last year.

The former Bathurst winner has been invited back to the event by Peugoet team Voxx Racing, this time linking with a new driver in Marcos Gomes.

It’s the circuit that Winterbottom is most wary of, with the event having moved from the internationally renowned Interlagos to the lesser known Autódromo Internacional Ayrton Senna.

Located in Goiania, Brazil, the venue hosted the Brazilian 500cc motorcycle grand prix between 1987 and 1989. 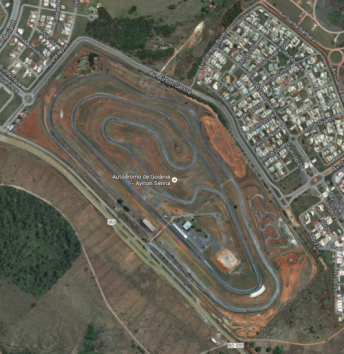 “That’s the hardest thing to do sometimes when you don’t know a car; lean on a tyre and trust the aero that the car is going to stick.

“I’m a bit nervous but at the same time it’s good because as a driver you want challenges all the time.

“I think this will be one of my biggest challenges because with Interlagos last year I could go and play it on iRacing and the Xbox beforehand.

“This one is just completely about rocking up, seeing a bit of in-car footage and having a go. It’s going to be tough.”

“The other drivers were complaining about how little grip there was in the wet and I hopped in and thought ‘this thing is better than ours in the dry’,” he reflected. 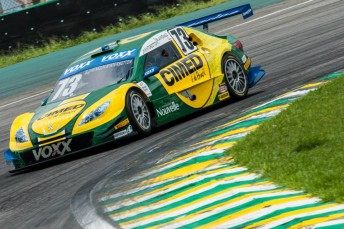 “It was quite easy to drive in any conditions. Our sport really makes you work hard. Driving other things really shows how tough our cars are.”

Winterbottom stressed his desire to help Gomes’ championship prospects following his own experiences in V8 Supercars.

“Last year I was really trying to do the best I could because I know what it’s like when internationals come in and drive in our championship,” he said.

“If you’ve got someone who’s just there to eat caviar and work on their sun tan at the hotel it does your head in. You want them to take it seriously.

“So I watched all the footage and even downloaded an app that helps you speak Portuguese.

“This year I know he’s going to have a good crack at the championship and it’s double points so if I can help start his championship in the best way I’d love to contribute.”

The trip to Brazil will make for a punishing schedule for Winterbottom, with the Albert Park and Symmons Plains V8 Supercars commitments bookending the event.

“It’s a great idea when it’s on paper but when you go and do it it’s bloody hard,” he said before flying out of Australia on Tuesday.

“It’s four flights to Brazil; three hours to Auckland, 13 hours to San Diego, another seven to Brazil and then an internal to where the race is.

“With three races in three weekends, I’m sure the Sunday night after Tassie I’ll have a big meltdown because I’ll be at the end of my peak.

“But when you get opportunities you’ve got to take them and hopefully I can do a good job again.”