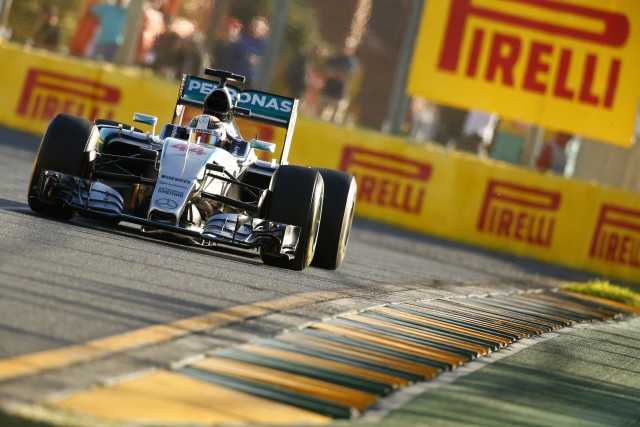 The reigning world champion was embroiled in a battle with his team-mate for the quickest time throughout the hour long hit out before posting a head turning 1:27.867s effort on soft tyres.

Rosberg had held the top spot for the majority of third practice before the two Mercedes drivers swapped positions in the final quarter.

Both Hamilton and Rosberg utilised soft tyres towards as the time ticked towards the chequered flag.

It proved to be another difficult session for Ricciardo who encountered issues having undergone an engine change yesterday.

The Australian complained of drivability problems on his opening lap before being forced into the pits to try and fix the problem.

His team sent him back out but the RB11 came to halt on pit exit where it was then wheeled back to the pits.

The Perth driver ended the session in 15th spot.

Ricciardo’s team-mate Daniil Kvyat also complained of power issues and was forced back to the pits with just five minutes of running completed.

Williams displayed encouraging pace with Valtteri Bottas in fourth just ahead of Felipe Massa and the second Ferrari of Kimi Raikkonen in sixth.

Rookie Carlos Sainz jnr in the Toro Rosso continued his strong start in ninth, while Sauber’s Felipe Nasr rounded out the top 10.

Meanwhile, Manor F1 is yet to make a track appearance with both cars stranded in the garage.