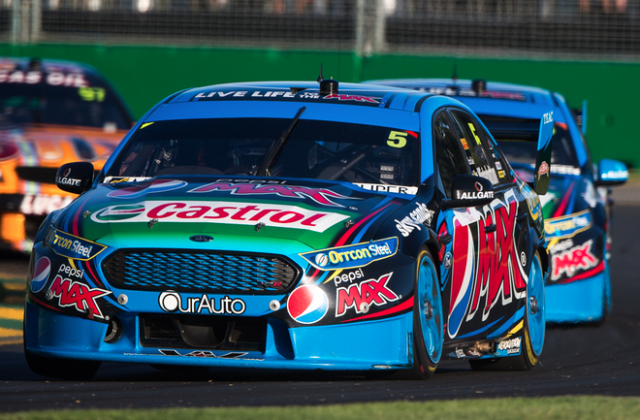 Winterbottom made it two from two for Prodrive

In a repeat of the opening heat, Winterbottom controlled the rolling start and an early Safety Car restart to secure the win.

Mostert appeared to have a faster car for much of the going but never looked like launching an attack on his team-mate.

“It’s a strange day with three hours between races because the temperature dropped and the conditions were quite different,” said Winterbottom post-race.

“The team has worked really hard and they deserve these results.

“The car is doing what we want it to do which is the most important thing. Even if you’re finishing fifth and it’s making sense, that’s what you want. Winning is a bonus.

“Adelaide didn’t make sense to me in terms of the car, but minor changes are making a difference here and that’s when you really start making progress.”

The Safety Car was required on the opening lap to retrieve Dale Wood’s Holden, which spun backwards into the Turn 7 tyre wall after contact with Scott McLaughlin’s Volvo.

The resulting delay ensured that the race ran to its time cut-off, three laps short of its scheduled 12 lap distance.

Shane van Gisbergen proved best of the rest in third ahead of James Courtney and Jamie Whincup.

The Holdens of Garth Tander and Craig Lowndes completed the top 10.

All 25 cars took the start after pre-race repairs to the Tim Blanchard Holden, Marcos Ambrose Ford and Ash Walsh Mercedes.

Walsh’s troubled day continued however with a black flag for loose bodywork ending any chance of a result.

The third V8 Supercars race of the weekend will get underway at 1520 tomorrow.