No timeframe on Alonso crash investigation

No timeframe on Alonso crash investigation 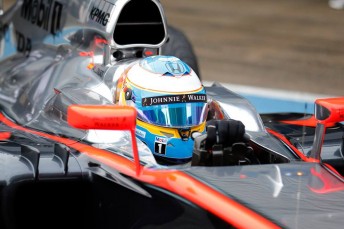 Formula 1 race director Charlie Whiting says there’s no timeframe on completing an investigation into the testing crash that ruled Fernando Alonso out of the Australian Grand Prix.

The FIA late last month launched a probe into the circumstances of the Barcelona crash, which left the two-time world champion with a concussion.

“We are still talking to McLaren about anything mechanical and our medical department is talking to the people who treated him in hospital,” Whiting confirmed in a press briefing at Albert Park.

“That really is all I can say on that. We can’t put a timeframe on it.”

The cause of the crash has been the subject of ongoing speculation, with Alonso’s former manager Flavio Briatore telling Spanish media this week that the driver appeared to “crash without any reason”.

McLaren’s official explanation remains that Alonso had simply been caught out by a gust of wind, with the team quashing suggestions that the car’s electrical system had malfunctioned during the incident.

Following pre-event reports that teams were unhappy with a lack of communication from the FIA over the matter, drivers have universally expressed faith in their machinery.

“I think nobody wants to send us on the track when they believe that something is not right,” said four-time world champion Sebastian Vettel when asked if he harboured any safety concerns.

McLaren drivers Jenson Button and Kevin Magnussen both confirmed that they have not spoken directly to Alonso since the crash.

The former, however, stressed the seriousness of dealing with concussions based on his own experience.

“I’m sure whatever they have chosen is the correct decision and direction,” he said of Alonso missing Albert Park.

“I had a concussion in 2003 (Monaco). Concussions vary, some are very light and you have different grades of concussion.

“For me I raced two weeks later in Canada I did checks of standing on a box and closing one eye which was what you had to do and I think I scraped through so they let me race.

“With the incidents we have had with Jules (Bianchi) for example they (checks) are going to be more strict now, as they should be.”

Sainz said he had looked forward to sharing the grid with his hero countryman, but also expressed pleasure in seeing the vanquished Kevin Magnussen return to the field.

“To be honest I was a bit shocked to suddenly receive the news that he wasn’t going to race here in Australia,” said Sainz.

“Obviously it’s not nice, but on the other hand I am quite happy for Kevin to be given his chance.

“He clearly deserves another chance to show himself. I’ve seen a lot of data in (Formula) 3.5 from him and I really rate him highly. ”