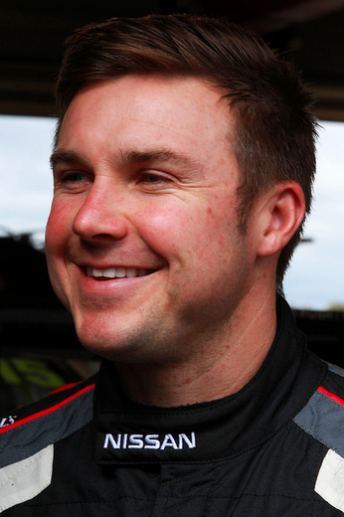 Versatile Australian racer David Russell is in contention for a World Endurance Championship seat after testing for Aston Martin Racing in Spain.

The 33-year-old jetted to the Monte Blanco circuit in southern Spain to test with the factory squad last Saturday, before returning for the second round of the Carrera Cup Australia at Albert Park.

Russell was among a small group of drivers selected to audition for the remaining places in the AMR squad, which runs five cars across the GTE Pro and GTE Am divisions of the championship.

The Brisbane-based Russell enjoys a growing reputation among the European GT racing contingent and holds a sought after Silver level driver ranking with the FIA.

Russell starred at the recent Bathurst 12 Hour aboard Roger Lago’s Lamborghini, which he also steered at last year’s Spa 24 Hours.

“I’d not driven an Aston or a GTE specification car before and it was obviously exciting to be a part of it all,” Russell told Speedcafe.com of the test.

“We sat down and had an analysis with them as well as the engineers, looking at how things went.

“We only did 20 or so laps but none-the-less it gave me a really good experience of what the cars feel like and how they need to be driven compared to a GT3.”

Russell is now awaiting news from the team on a possible race seat ahead of the season opener at Silverstone on April 10-12.

“It would be great to have an opportunity in the WEC but there are a lot of factors that come into securing a seat,” he cautioned.

“It’s certainly a possibility, but we’ll have to see what happens from here.

“For me it was just great to have the experience and test with a factory WEC team.”

Russell is available for seven of the eight WEC rounds.

October’s Fuji event clashes with the Bathurst 1000, where Russell is again slated to race for Nissan Motorsport alongside his Carrera Cup support race commitments.

The Carrera Cup will tackle three races at Albert Park this weekend, with practice and qualifying underway later today.