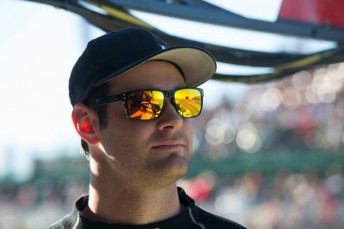 McLaren has added the 25-year-old to its existing line-up of Rob Bell, Kevin Estre, Alvaro Parente and Bruno Senna.

Although his exact role is yet to be announced, it is expected that Van Gisbergen will compete in the majority of the Blancpain Endurance Series events with Von Ryan Racing.

The Kiwi is available for four of the five rounds, with only June’s visit to Paul Ricard, France, clashing with a V8 Supercars event.

The season kicks off at Monza, Italy in April and also visits Silverstone (UK), Spa (Belgium) and the Nurburgring (Germany).

An impressive performance from the touring car regular led to an appearance at last year’s Spa 24 Hours with customer McLaren squad Von Ryan, giving Van Gisbergen his first taste of the BES.

“It is great to have Shane on board for the 2015 season,” said Kirkaldy, whose company has rolled out its upgraded 650S GT3 this year.

“He showed some real talent when he raced the 12C GT3 in the Australian GT championship last year, and was the quickest man on track at Bathurst last year when I raced alongside him, and we narrowly missed out on a podium in one of the closest finishes in the race’s history.

“He has shown himself to be a great talent in Australia, and we are confident that he can recreate that success in Europe.”

Although likely to face far greater commercial pressures at the champion team, owner Roland Dane has already thrown his public support behind Van Gisbergen’s desire to race outside of V8 Supercars.

Next Story Nissan to debut fresh chassis for Michael Caruso