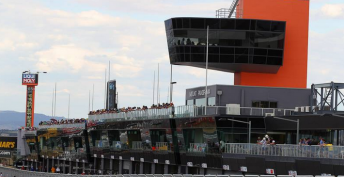 The long mooted second circuit at Mount Panorama is gaining momentum with the Bathurst Regional Council close to signing off $20 million towards the project as part of the management plan for the next two years.

Last month Bathurst mayor Gary Rush told Speedcafe.com budget for the second circuit would become a focal point of funding allocations for the next financial year.

The council intends to initially commit $10 million towards what is being classed as a world class circuit aimed at enticing MotoGP and World Superbike action to Bathurst.

A further $10 million allocation for the 2016-2017 financial year would also be put before councillors which, on top of an already confirmed $5 million from the state government would give the project financial muscle to deliver a quality track.

“This amount should ensure we get everything right for the commencement of the second track. It’s vital,” Cr Rush told The Western Advocate.

“The money isn’t for building anything else but the circuit and would ensure we get the best facility possible.”

Cr Rush also plans to approach the federal government for assistance in what will ultimately be a fully functional motorsport precinct encompassing automotive related businesses.