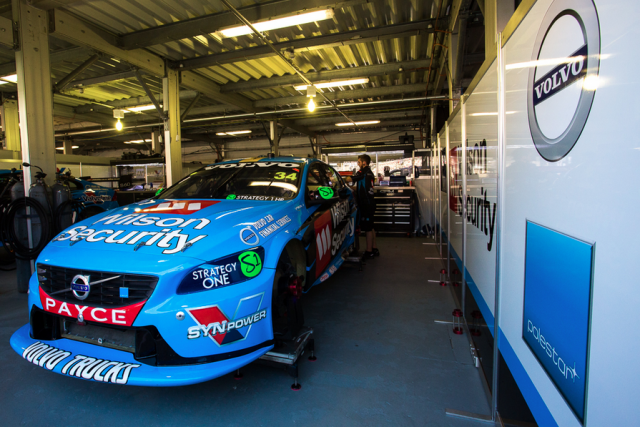 Chris Pither hopes that a solid performance substituting for David Wall at Albert Park this weekend will help secure a Pirtek Enduro Cup seat with the factory Volvo squad.

The 28-year-old steps into the #34 Volvo for the Australian Grand Prix meeting while Wall recovers from a burn endured on his big toe at the recent Clipsal 500.

The Kiwi has competed in the last three endurance campaigns with Brad Jones Racing but is closing on a deal with the Volvo team this year.

“I have been in talks with them (GRM) regarding enduros and this is certainly a step in the right direction,” Pither told Speedcafe.com.

“I’d love to join them for the enduros and if we can have a positive run it should help my chances.”

Now organising to freight his race gear down from his Sydney home, Pither will link-up with GRM at the circuit tomorrow before first practice on Thursday morning.

“I’ve raced a couple of times at Albert Park in Formula Ford and Utes but never in a Supercar, so it’s going to be a steep learning curve when we hit the track on Thursday,” he said.

“It’s obviously a very competitive field so I won’t go into the weekend with any preconceived ideas, but I’m just looking forward to the challenge of stepping up.

“I’ll have a crack and if we can snare a top 15 position I’ll be happy with that, but I won’t be taking any unnecessary risks.

“It’s a good fit for me because I’ve driven with David in the past (at BJR), so in terms of seat position and set-up I’ve already got an idea of how he likes the car,” he added.

Pither competes full-time in the Dunlop Series for MW Motorsport, finishing third in the opening race of the season at the Clipsal 500.

He left Adelaide seventh in the points standings after a momentarily stuck throttle led to an off-track excursion in the second heat. 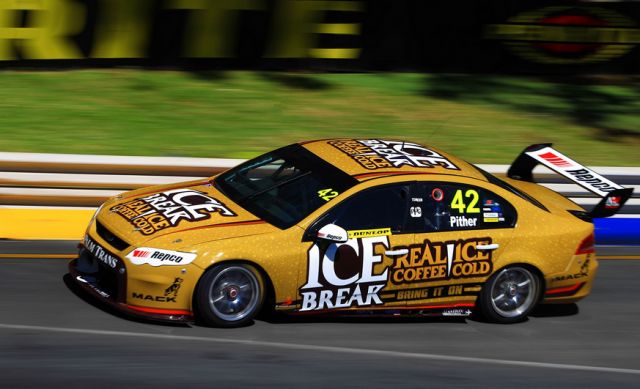 Chris Pither competing in the Dunlop Series in Adelaide