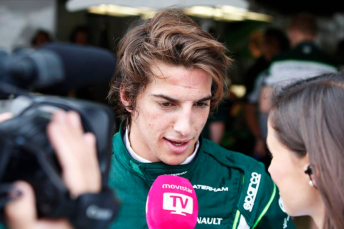 The revived Manor F1 team has confirmed Roberto Merhi will fill the vacant seat for this weekend’s Australian Grand Prix.

The 23-year-old Spaniard has agreed to a one race deal to join the already confirmed Will Stevens at the British outfit formed from the remnants of the struggling Marussia squad.

The team only appeared on the F1 entry list last month with its revised 2014 cars only passing FIA crash tests last week.

Meanwhile, the team has also announced that FIA European F3 driver Jordan King will take up the role of reserve driver. King is the son of Manor F1 investor Justin King.