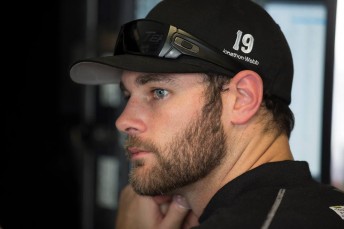 The Kiwi will race alongside Jamie Whincup and Craig Lowndes, who has signed a new two-year contract with the squad.

Triple Eight has run a two-car operation in the V8 Supercars Championship since joining the series in late 2003.

“Given the growing trend of larger teams and the intense competition that this brings, we felt that this is the ideal time to add another entry to our championship campaign to enhance the competitive depth of the team,” said Triple Eight managing director Roland Dane.

“With Jamie, Craig and now Shane at the wheels of the Triple Eight Holdens, we will be fielding the strongest line-up in one of the world’s most closely fought categories, but for now we are focussing on the 2015 championship.”

While Triple Eight is yet to reveal which Racing Entitlements Contract it will utilise to run Van Gisbergen, Tekno Autosports owner Jonathon Webb confirmed that his team will continue to field its entry with another driver.

“Obviously we are sorry to be losing Shane at the end of the year; we have shared a lot of success over the past two years and we are looking forward to another fantastic year together in 2015,” said Webb.

“I have had a long relationship with Roland and Triple Eight Race Engineering and we look forward to working together into the foreseeable future with a new face behind the wheel of our race car.”

Triple Eight has also confirmed an extension of its Red Bull partnership until the end of 2017, although is yet to specify how many of its cars will carry the energy drinks branding.

“We’re all thrilled that Red Bull will be continuing their relationship with not just Triple Eight, but the category as a whole,” said Dane.

“As a team, we have achieved some truly remarkable things together and we look forward to seeing what else can grow from this partnership over the coming years on and off the track.”