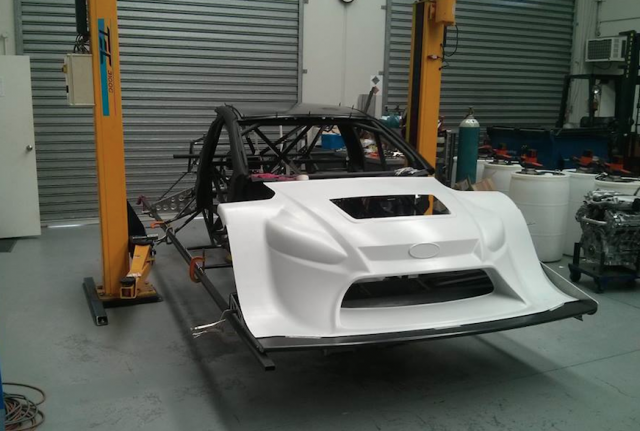 An 850bhp, twin-turbo V6 powered Ford Focus will be the star of the upcoming Race to the Sky hillclimb in New Zealand.

The car is currently being built by Paul Ceprnich’s Pace Innovations in Yatala, Queensland, for event promoter Tony Quinn ahead of the April 17-19 competition.

The purpose-built machine will wear a Focus body, feature a Nissan VR38 engine and weigh just 950kg, with the overall aim of running the 14.5km course in under eight minutes.

“We need to set the record at Repco Race to the Sky before Sébastien Loeb decides to add that record to his astounding results at Pikes Peak,” explained Quinn.

“The first challenge is to beat the eight minute mark, and that’s the challenge I set Paul Ceprnich. He has all the credentials to build a car like this.” 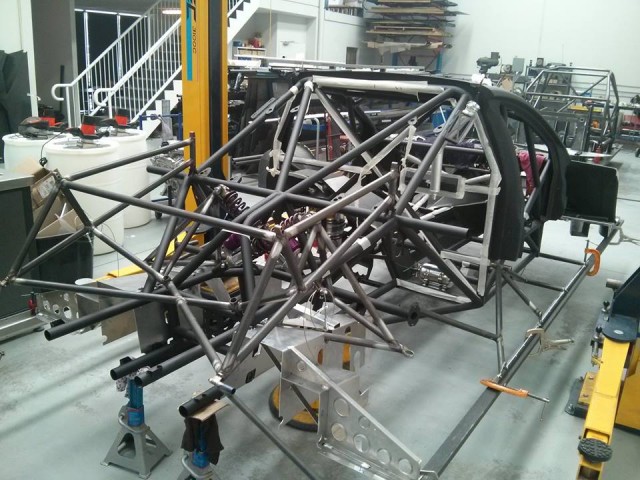 The car will feature a Nissan twin-turbo V6

Ceprnich has part-funded the project, expected to total $450,000, in order to showcase Pace’s design and manufacturing prowess.

“When Tony told me he was looking to buy a car for the event I said ‘let’s build one’,” Ceprnich told Speedcafe.com.

“We wanted to build a Ford because of our links there (parts supply for MARC V8s through dealer Metro Ford) but they didn’t have the right turbo package, which you need with the elevation changes.

“The Nissan VR38 (used in the current GT-R) emerged as the best option for both performance and reliability.” 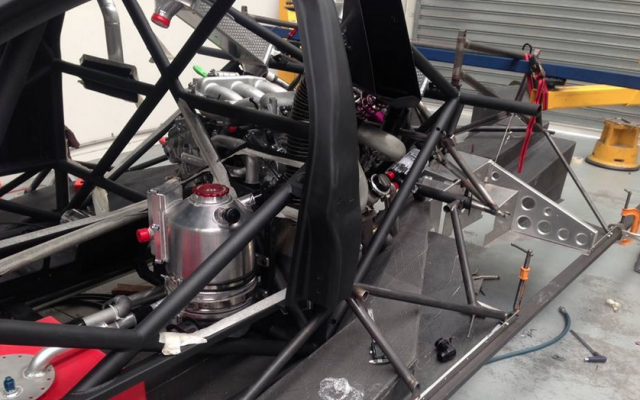 The engine sitting behind the standard Focus B-pillar

The hillclimb car features standard Focus A and B-pillars and windscreen. The rest of the chassis is bespoke and is fitted with carbon fibre panels, which were produced with the help of Adelaide firm Centre Line Patterns.

The Craig Hasted-built motor will be mid-mounted and front-facing, with a shaft connecting it to a Holinger transaxle in the front of the car.

A separate shaft delivers power from the transaxle back to the rear differential, which features an active clutch pack to control drive to the rear wheels.

The body was designed and CFD tested to produce 1,000kg of downforce at 200km/h; much of which comes from underneath the car.

It will run full-length 130mm rubber skirts down each side, creating a ground effect similar to that famously seen in Formula 1 during the 1980s.

A digital render of the final car, featuring the rubber ground effect skirts

“The skirts are designed to kiss the ground at a normal static ride height,” explained Ceprnich.

“A lot of these cars are built with a lot of power just so they can push their wings along. The theory is to use the underfloor to make a lot of the downforce in order to make the aero more efficient.”

Fitting World Rally Championship-spec 15-inch rims ensures that the team will be able to bring a wide range of tyres to suit the conditions.

“It’s quite a flat gravel road, but over the course of the event it can get quite badly rutted, so we need a lot of options,” Ceprnich said of tyres.

“There’s a lot of options in terms of WRC tyres, so I think having a variety of tread patterns and compounds to go with the track conditions will be key not only to achieving the target time but to winning the event.” 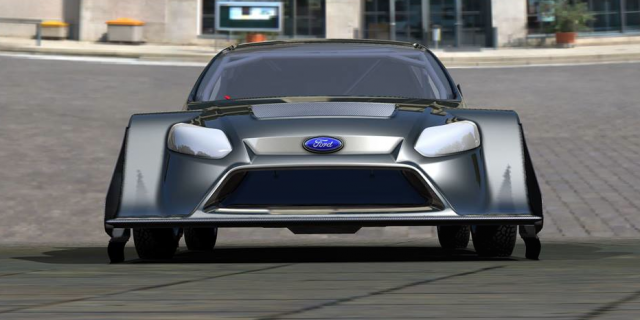 Another render of the complete car

Carbon brakes have been sourced from the GP2 Series to fit within the relatively small wheels.

Pace’s fellow Queensland-based companies PWR and Racer Industries have also been involved in the project, with the latter providing a number of items including the steering column and seat used in the MARC V8s.

Quinn is yet to decide who will drive the car, with the Gold Coast-based businessman expected to call in a professional to take up the challenge.

“I’m pretty sure that I’m not quick enough to do it,” he said. “If it was tarmac, I would be a whole lot more confident.

“It could be someone from Australia or someone from New Zealand. If Hayden Paddon wasn’t running at WRC Rally Argentina that weekend, it would have been great to have him in the car.

“But for now the seat’s up for grabs. Another option is that we can run two drivers – me and someone else. We’ll have to see.” 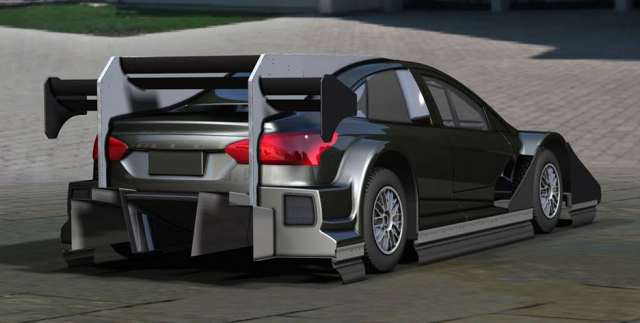 Much of the car’s downforce will come from underneath