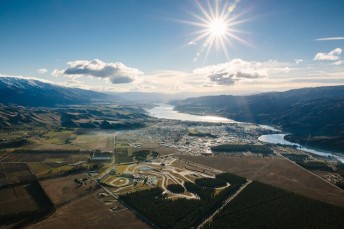 The competitor list for the revival of New Zealand’s epic Highlands Race to the Sky hillclimb is growing ahead of the event’s return from April 17-19.

More than 80 entries have already paid their fees in the car, quad, off-road and motorcycle classes ahead of the March 17 closing date.

Under the stewardship of Highlands Motorsport Park owner Tony Quinn, the hillclimb will be staged over a 14.5km private access road to the Snow Farm automotive proving ground.

The unsealed stretch will make it the world’s longest gravel hillclimb after the famous Pikes Peak course in the US is now completely sealed.

The climb from the Cardrona Valley in New Zealand’s South Island sees competitors go from 1,500 feet to 5,000 feet above sea level.

“It’s exciting to have so much interest from over 150 prospective competitors,” Highlands Motorsport Park general manager Mike Sentch.

“More than 80 competitors from across the car, quad, off-roader and motorcycle divisions have already paid the entry fee, and more arrive every day.”

The event will see the return of Japanese icon Nobuhiro ‘Monster’ Tajima in the overall title of Repco Race to the Sky King of the Mountain.

Tajima is the undisputed king of the event with seven wins to his credit.

A second title has been created for the event’s return with the Repco Race to the Sky Fastest Kiwi receiving the Possum Bourne Memorial trophy.

The event takes in six divisions; three exclusively for cars (international hillclimb, national hillclimb and rallycourse) with eight sub-categories and one division each for off-roaders, quad bikes and motorcycles.

CLICK HERE for more information on the event including tickets