POLL: Which Clipsal 500 format is best?

POLL: Which Clipsal 500 format is best? 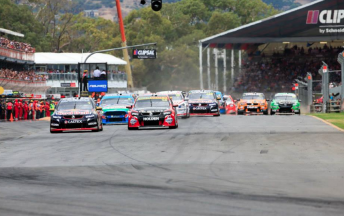 This year’s Clipsal 500 Adelaide marked the second running of the event under its current race format.

The traditional twin 250km races were tweaked for 2014, with Saturday’s action broken up into two separate 125km heats.

The move was made following market research undertaken by event organisers, which is said to have revealed a desire for more race starts.

Some argue, however, that the event’s unique and gruelling nature have been diluted by the change,

Drivers admit it is no longer the physical challenge it once was, while pit strategy is largely absent prior to Sunday’s finale.

Event CEO Mark Warren told Speedcafe.com at the weekend that the current format is likely to stay beyond this year, although spectator opinion will continue to be sought.

“We can’t see any reason to change it at this point,” he said.

“It also adds weight to the final race on Sunday, which is the winner of the Clipsal 500. It builds momentum across the weekend towards the finale.

“There will always be those who lament the passing of the previous format but you’ve got to keep looking forward,” he added.

“If we were always standing still then you’re not bringing anyone new into the event and it’s important for the sport to continually grow our fan base.”

Organisers randomly survey ticket holders at and away from the race meeting, with recent data having also been responsible for introducing two international support acts this year.

This week’s Pirtek Poll gives all Speedcafe.com readers a chance to have their say on the Clipsal 500 format.