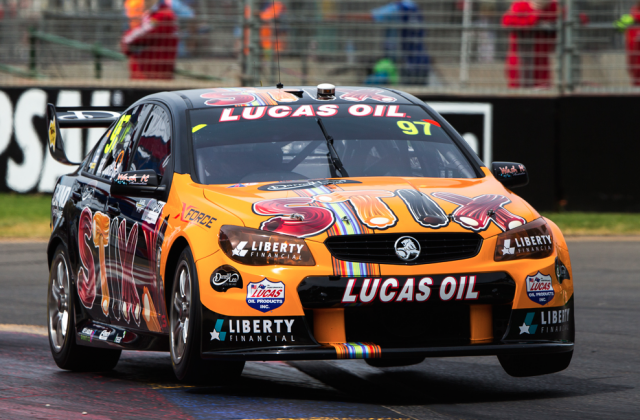 Shane van Gisbergen put his Tekno Autosports Holden atop the time sheets in the final V8 Supercars practice session of the weekend at the Clipsal 500.

The time proved 0.1s quicker than that of Chaz Mostert, who had set the pace for the majority of the session.

Teams concentrated on their race packages ahead of the afternoon, with even qualifying dominator Jamie Whincup cautious over his prospects.

“We’re not sure what we have yet,” he said after the session.

“The car felt reasonable out there but we’ll have to go through the data to see how we stack up against everyone else.”

Marcos Ambrose continued to struggle in 24th; the same position he’ll start both of today’s races.

Percat spent much of the session stranded in pitlane with starter motor problems, emerging for one flying lap in the final minutes.

The first of the two 39 lap races will get underway at 1345 local time.