Whincup quickest ahead of Clipsal 500 qualifying

Whincup quickest ahead of Clipsal 500 qualifying 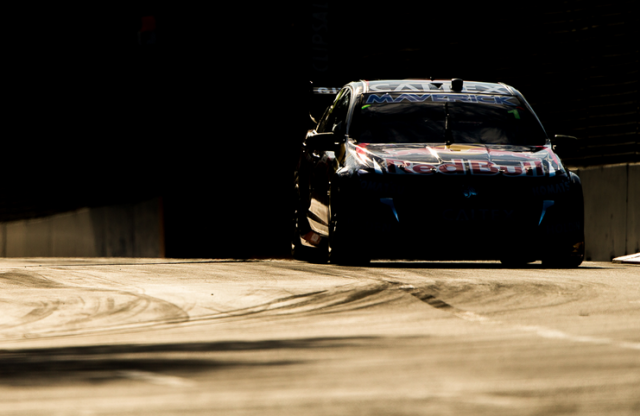 Red Bull Racing Australia’s Jamie Whincup moved to the top of the order in Practice 3 ahead of back-to-back qualifying sessions at the Clipsal 500.

Just 15th in the second practice session, Whincup proved the first man able to lap in the 1:20s bracket during Practice 3.

The six-time champion clocked a 1:20.92s best on his penultimate run, before falling just 0.02s short of improving that benchmark further in the closing stages.

Tim Slade was one of several to set late fast times, clocking the second quickest lap, 0.14s in arrears of Whincup.

Slade’s Walkinshaw team-mate Lee Holdsworth was third ahead of Jason Bright, who ended the session in the Turn 5 gravel trap.

Bright’s error brought out the red flags with less than two minutes remaining, ensuring that there would be no restart.

“We’re trying to make gains and we probably made two steps back trying to take one forward,” said Whincup of the earlier running.

“We’re there or thereabouts. It’s still not perfect so we’ll have to see where we are when everyone puts greens on.”

Slade was also buoyed by his strong run but cautious of bold predictions ahead of qualifying the two 10 minute qualifying sessions, which will set the grid for Saturday’s two races.

“It gives us a bit of confidence heading into qualifying,” he said.

“We have felt a bit rushed and behind the eight ball today. We had a bit of a gearbox drama in that first session and have been a bit out of sync with everyone in terms of tyres

“If we can continue this in qualifying we’ll obviously be pretty happy.”

Marcos Ambrose continued his challenging transition back into V8 Supercars, ending the session 17th of 24 runners.

The first of the two qualifying sessions will get underway at 1535 local time.