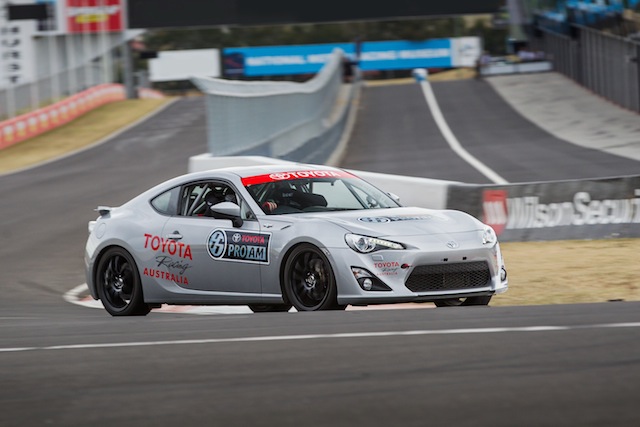 A CAMS-sanctioned one-make series featuring Toyota’s popular 86 coupe will run on the V8 Supercars program next season, the manufacturer has announced.

To be known as the Toyota 86 Pro-Am race series, Australia becomes the fourth country after New Zealand, Japan and Germany to host the one-make category.

According to Toyota, the series will run as a Pro-Am with up to five professional drivers chosen to race against and mentor a large field of amateurs.

The category has been structured to cost less than $100,000 per season, which will consist of eight rounds.

“The Toyota 86 Pro-Am series will present genuine, dynamic and entertaining racing to a broad audience, including big crowds at each round and a large audience on free-to-air and pay TV,” said Toyota Australia executive director sales and marketing Tony Cramb.

“Fundamental to the concept is that it is a grassroots motorsport series that is affordable for anyone who has both the passion and the talent to compete in a national series.”

Australia has become a hot market for the 86 road car with more than 13,000 sales achieved since the coupe was launched in mid-2012, making it the third highest market in the world.

“It is indeed an honour that Toyota, the long-term market leader in Australia, sees the power in the V8 Supercars Series and for us to join the ranks of motorsport superpowers globally with whom Toyota has an association,” said V8 Supercars chief executive James Warburton. 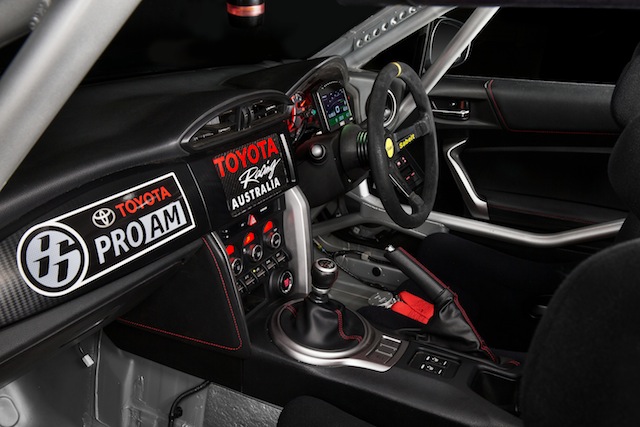 Toyota 86 chief engineer Tetsuya Tada said the vision was to embrace a World 86 Challenge in the future.

“My dream is that one day we can have a World 86 Challenge with the best drivers from Japan, Europe and other markets – and the champion Toyota 86 driver from Australia,” Tada said.

“Its ride, response and feedback is phenomenal and very predictable,” Bates said.

“It’s everything a young driver could want in a development series.

“I’d expect the field to be very close in lap times so racing and development of race craft should be optimised.”