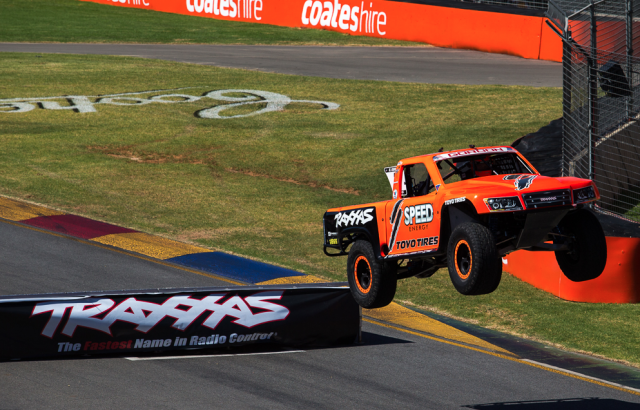 The debut of the Stadium Super Trucks at the Clipsal 500 could eventually lead to the establishment of an Australian offshoot of the American concept.

The lurching, thundering, jumping trucks will compete in three eight lap races on Friday, Saturday and Sunday, which see the track fitted with jumps to enliven the acton.

Gordon, a former IndyCar star of the early 1990s who has forged a long career in offroad racing, says he would easily build more trucks out of the Charlotte, North Carolina base if Australia was ready to take the plunge.

“There’s no reason why we can’t do it,” Gordon told Speedcafe.com amid the groundswell of interest in the class.

“Maybe we are a little early for that but if there was enough interest I would build enough cars to do it.

“We’ve started to put some patents and trademarks in place with these jumps.

“I know I’ve got something and people are thinking about copying it. It is the first sign that people like it.” 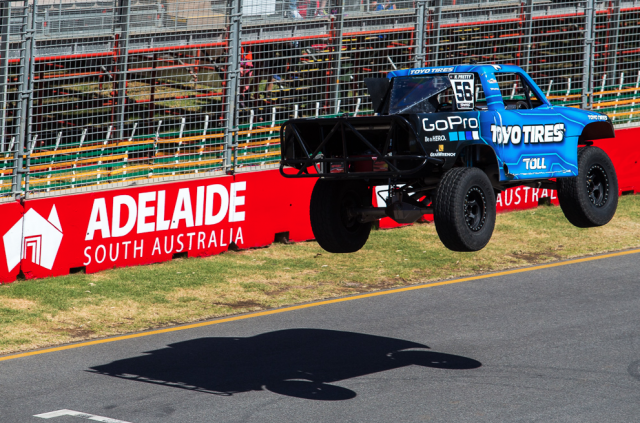 Nathan Pretty is one of four Australian entries competing this weekend

The Super Trucks have been a hit in the US at Long Beach, Toronto (Canada), St Petersburg, Detroit and Austin and were targeted by Clipsal 500 officials who visited the Californian IndyCar round last year.

After being taken outside of North America for the first time last December for the Race Of Champions event in Barbados where V8 champ Jamie Whincup raced one, Gordon dispatched 10 trucks to Adelaide for the Clipsal 500.

“V8 Supercars will put people in the grandstands, which is a great thing,” said Gordon.

“We will take them out of the grandstands and put them next to the fence because they want to get closer to the action.

“I call this urban offroad racing. Offroad racing has always had a third dimension or a fourth dimension, it’s sideways, up in the air, throttle control that no other form of motorsport gives you.

“The problem with offroad is that you race out there in the desert, it’s dusty, some of the girls like to go out there and some don’t. It’s got a very niche crowd.

“But when we can come and do this where we can have supercross style races with big fast street circuits like this the crowd is excited about the form of motorsport.”

It is yet to be decided whether the Super Trucks will return for a second appearance at Clipsal in 2016. 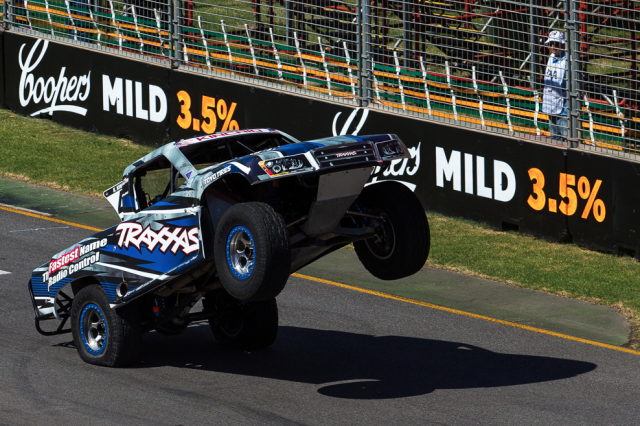 The Super Trucks will contest three races across the weekend