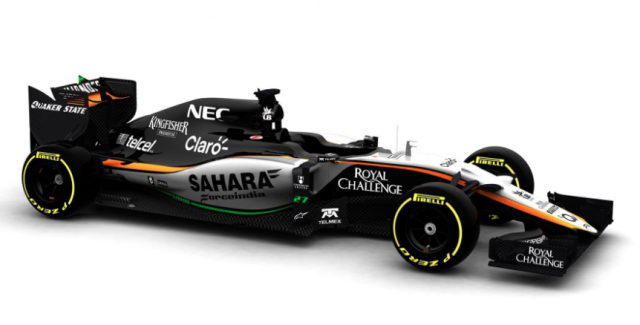 Force India has taken the covers off its 2015 car which is expected to make its track debut on Friday at Formula1’s pre-season test at Barcelona.

The Silverstone-based team has been running an interim car at last week’s Barcelona test having missed the opening four day hit out at Spain’s Jerez circuit.

The VJM08 was successfully fired at the team’s factory before being transported to Barcelona, where it will take part in the final three days of the test.

“It has progressed well over the last few days and the car has now been fired up at the factory,” said Force India’s chief operating officer Otmar Szafnauer.

“That’s always the key moment when the car truly comes to life.

“We have seen a tremendous effort from every department over the last few months to get us to this stage and we’re looking forward to seeing the car take to the track later this week.”

Meanwhile, the Marussia Formula 1 team has confirmed its intention to compete at the season opening Australian Grand Prix having come out of administration last week.

Now running under the banner of Manor F1, the team which went into administration in October, issued a statement outlining plans to race at Melbourne spearheaded by 23-year-old former Marussia test driver Will Stevens.

The team initially thought they would be able to run its 2014 car but the FIA has since told the squad they will have to make modifications to the car in order to race at Albert Park.