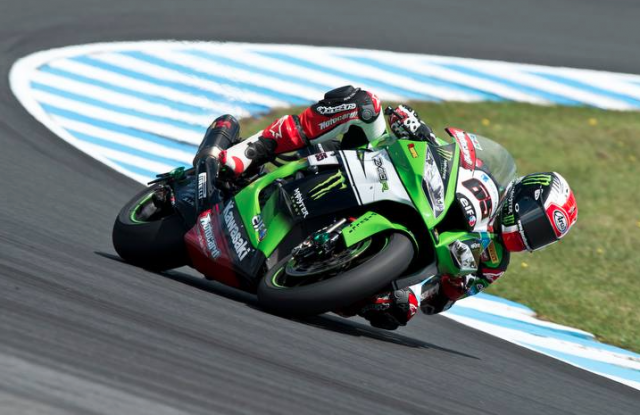 The Kawasaki rider posted a session best of 1.31.212s in hot dry conditions at the 4.4km Victorian circuit to secure pole by a narrow 0.026s margin from Ducati’s Chaz Davies.

Track temperatures of 56 degrees prevented the field from eclipsing the pace set in practice.

Aprilia’s Leon Haslam, who set the pace ahead of Superpole, was third fastest just 0.295s adrift of the pace set by Rea.

A crash involving EVO class rider David Salom brought out the red flags four minutes from the end of Superpole 2. The Pedercini Kawasaki rider was stretchered from the scene of the accident before being taking to hospital for precautionary checks.

The Gold Coast rider dusted himself down after a crash in Free Practice 4 to finish fourth in Superpole 1.

Bayliss, making a one-off return to the championship as a replacement for injured Aruba.it Racing Ducati rider Davide Giugliano, was just half a second away from securing a spot in Superpole 2.

The race has been rescheduled for Sunday morning at 8.20am local time.