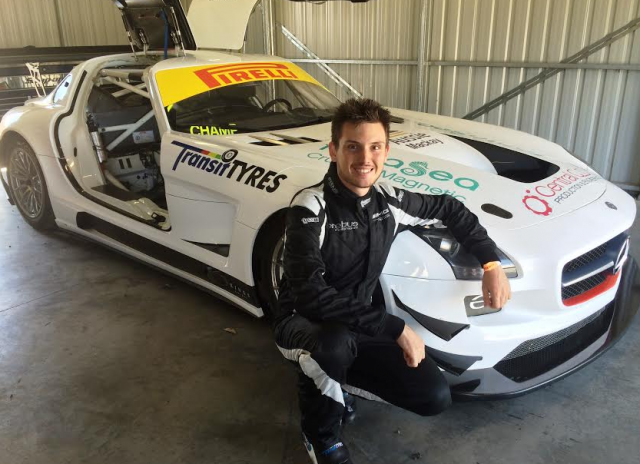 Morgan Haber with the Erebus SLS

Morgan Haber will switch from the Dunlop Series to the Australian GT Championship this season, driving for Erebus Motorsport.

The 21-year-old Haber spent the past two years in the second-tier V8 Supercars class with MW Motorsport, recording a best race finish of seventh.

The Mackay, Queensland, driver attended the recent Bathurst 12 Hour as a guest of the Erebus team ahead of the AGTC season opening Clipsal 500.

Haber, who missed last year’s Dunlop Series finale after undergoing surgery on a dislocated shoulder, is hopeful of repeating Richard Muscat’s feat of winning the GT title with Erebus.

“My goal for the year is to win the championship and with Erebus doing just that last year we know the car is capable and I know I’m capable as well,” said Haber.

“With the high level of competition in the category this year, it’s going to be a big challenge, but we’re up for it.

“I recently spent the Bathurst 12 Hour weekend with Erebus getting to know the crew and how everything operates, which was a great experience, so I feel ready to get started.”

Emery also moves to Erebus’ GT effort after time in the Dunlop Series, where he most recently campaigned an ex-Triple Eight Holden under the GMJ Motorsport banner.

“I was looking for a new challenge after a long time in the Development Series where I’ve had 70-plus starts, so I’m really keen to learn a new technique with the GT car,” said Emery.

“Clearly Erebus Motorsport are the leading team in Australian GT.

“I’ve always ran in top quality equipment so I wanted to be affiliated with the top team, and give myself every chance of winning.”