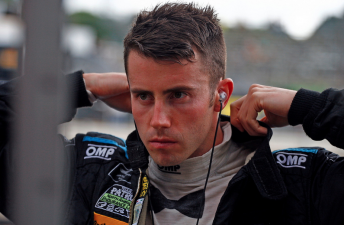 The GT-R has moved into the US racing scene for the first time through a new partnership with Always Evolving Racing and AIM Autosport.

AIM will campaign two GT-Rs under the AER banner in the PWC, with former Nissan GT Academy North America winner Bryan Heitkotter in the second entry.

Davison will combine the Nissan project with his existing commitments to The Racer’s Group Aston Martin GTD entry in the United Sportscar Championship.

The 28-year-old plans to fly between circuits on the two occasions that the series clash, with the Nissan drive taking precedence if final track schedules prevent double-duties. 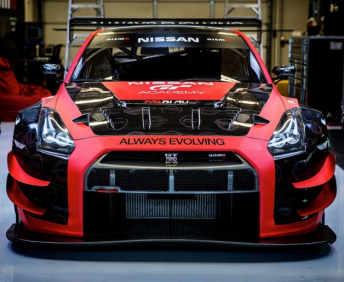 “I’m excited to be joining Nissan USA in this fantastic era for them in global motorsports,” Davison told Speedcafe.com.

“The GT-R has proven to be an amazing racecar and I look forward to getting behind the wheel of it.

“The Pirelli World Challenge has just exploded in growth in North America since GT3 and cost effective rules were adopted.

“The entry list this year is quite mind blowing and we have some serious competitors and manufacturers to face.

“I feel I am ready for an opportunity like this and am fully intent on repaying the faith Nissan has put in me to head their North America motorsport assault.”

“Nissan couldn’t be happier to have Always Evolving and AIM as Nissan’s partners to campaign the first GT3 spec GT-Rs in the U.S. in Pirelli World Challenge,” said Kulach.

“We have great confidence in Erik (Davis)’s vision and ability to campaign a competitive car at a high level every race.

“James Davison is not only a talented young race driver, but he’s also a great sportsman and will be an outstanding representative for the Nissan brand.”

Davison will enjoy a brief shakedown with the GT-R just days before the opening round at the Circuit of the Americas on March 6-8.

The PWC is contested over 12 rounds, half of which run as a support to the IndyCar Series.