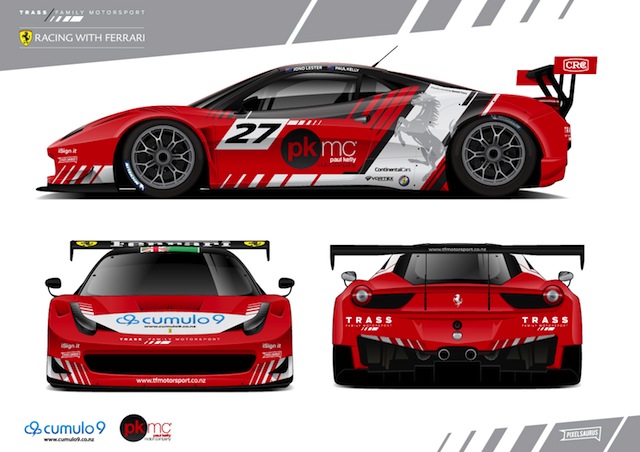 The Trass Family Ferrari 458 has received a boost with the team signing a major sponsor for its Australian GT campaign.

The Ferrari ran strongly in the top 10 at the recent Bathurst 12 Hour before mechanical issues saw a halt to its gallant effort against a hot GT3 class field.

“This sponsorship is a good fit with the Cumulo9 brand – we expect it to help put us front-of-mind with potential customers and raise awareness of our brand as we expand into Australia this year,” Hogg said.

Team principal Gerald Trass said: “TFM is excited to partner with Cumulo9 in our attempt the win the Australian GT series.

“Both companies share a passion for excellence we look forward to a long term partnership.”

The Trass Ferrari will be helped in its AGT quest after entering an association with the Melbourne based Maranello Motorsport operation from which the car will be prepared and dispatched to respective race weekends.