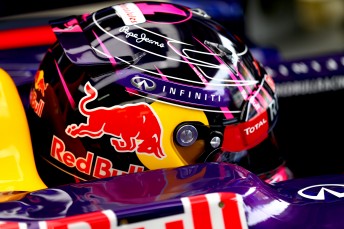 Drivers will be banned from changing their helmet design during the season under new Formula 1 guidelines.

The new rule, which was initially approved by the F1 Commission at a meeting this week, has already been met with negativity from former drivers.

Prior to this season drivers have been able to freely change their helmet design with many taking up the option.

Four-time world champion Sebastian Vettel has been among those who have regularly changed helmet design during the campaign, using more than 50 different helmets in his career to date.

It is understood the rule, which is yet to be ratified at the World Motor Sport Council, has been implemented to aid the promotion of sport’s drivers.

Former F1 driver Alex Wurz, chairman of the Grand Prix Drivers Association took to social media to issue his thoughts on the ruling.

I hear F1 banned drivers to change Helmet design during season. I am a fan of consistency, BUT SERIOUSLY! what’s next? rules on haircut?

The second four-day pre-season test is due to begin today at Spain’s Barcelona circuit.

Force India is set to make an appearance after sitting out the opening test at Jerez albeit with a 2014 specification car.

Mercedes test driver Pascal Wehrlein is due to join the Silverstone-based team for Thursday and Saturday.

Test drivers from Williams and Lotus will take part in the test with Susie Wolff piloting the FW37 on Thursday, while GP2 champion Jolyon Palmer will slot into the E23 on Friday.