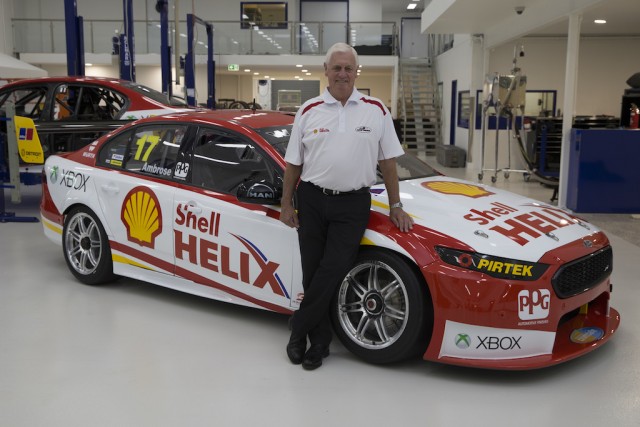 Dick Johnson has declared that DJR Team Penske will take V8 Supercars presentation standards to a new level this year under the US racing giant’s influence.

Shell will back the entry for two races, the Clipsal 500 Adelaide and Townsville 400, as part of a rotating pool of primary sponsors.

DJR Team Penske is the first front-running squad to opt for such a sponsorship model, mirroring that seen in NASCAR.

While the car’s livery will change with the sponsors, much of the team’s equipment, including its truck and the majority of its garage fixtures, will carry uniform DJR Team Penske branding.

Team Penske owner Roger Penske is famed for his attention to detail, which has already shone through with upgrades to the DJR facility.

Adelaide will mark Penske’s first appearance at a V8 Supercars event as a team owner, attending the race before embarking on a busy schedule with his other business interests around the country.

“There’s a lot of stunning stuff we have to roll out at Clipsal,” Johnson told Speedcafe.com.

“The way the truck looks, the pit boxes, the garage; it’ll be the whole Penske look and feel.

“It’s not only good for the team but it’s good for V8 Supercars. It’ll take it up another notch.”

Its team manager, Mark Dutton, boldly told other squads to “lift their game” in the interests of building the sport when accepting the award at last year’s V8 Supercars Gala.

With much of Penske’s early influence at DJR having focussed on laying foundations for future success, Johnson says that technical input from the US has so far been limited.

The five-time Australian Touring Car champion has modest expectations for the early part of the season, in which Ambrose will continue his readjustment to the series.

“He’s got a bit to learn and he freely admits that,” said Johnson of his driver.

“He’s under no illusions that he’s going to go out there and make everyone look stupid. It’s not going to happen.

“But he’s up for the challenge and when you see how he approaches things, he’s pretty serious about what he wants to get out of it.”

Ambrose will tackle the season’s opening events in the chassis raced by David Wall last year before switching back to the chassis debuted at the 2014 Sydney 500.

The Sydney 500 chassis was used for today’s launch while the team continued work preparing Ambrose’s race car for the February 26-March 1 season opener.