As one of the most enduring partnerships in the history of Australian sport takes another turn, Speedcafe.com looks back at some of DJR and Shell’s most memorable moments.

The oil giant ran as DJR’s primary backer from 1987 to 2004, before stepping into a minor role from the following season. After its first two Bathurst campaigns with the notoriously complex Sierra turbos proved disastrous, DJR was an unstoppable force on the mountain in 1989.

Entering the event as back-to-back Australian Touring Car champions, DJR scored a crushing victory in the 1000, which saw the duo lead every lap.

“Unbelievable, fancy doing that,” Bowe famously uttered over the Sierra’s Network Seven Racecam as he took the chequered flag. “Dick Johnson, relatively unscathed… I don’t know whether his arm is raised in what he thinks might be victory…”.

The voice of Garry Wilkinson delivered the confusion to Seven’s television audience in the aftermath of Bathurst 1992’s red flag.

The six-year tenure of Shell Sierras ended with race stoppage rules seeing Johnson and Bowe declared second to the Nissan GT-R that had been crashed by Jim Richards minutes earlier.

The defeat left a bitter taste in the mouth for DJR, which had fought gallantly against the might of the Nissan throughout one of Bathurst’s most tumultuous days.

Ten years after Greens’-Tuf attacked the trees at Forrest’s Elbow, the Bathurst paddock again held its breath as Johnson extracted himself from a mangled DJR Falcon.

This time, the incident had not been of Johnson’s own doing. The privateer Holden of Bill O’Brien spun at Reid Park, clobbering the Ford on its way into the wall.

Johnson limped away, while back in the paddock Bowe shook his head, lamenting the “once a year drivers” that would soon be an endangered species on the mountain. From the pits of despair, DJR came back firing on all cylinders in 1994, taking the Sandown 500/Bathurst 1000 double.

The Bathurst win came after a late-race tussle with the then unheralded Craig Lowndes, who audaciously overtook Bowe around the outside at Griffins’ in the final stint.

The gritty Tasmanian returned serve when Lowndes was held up by a slower car a short time later; driving on to what remains DJR’s most recent Bathurst triumph. 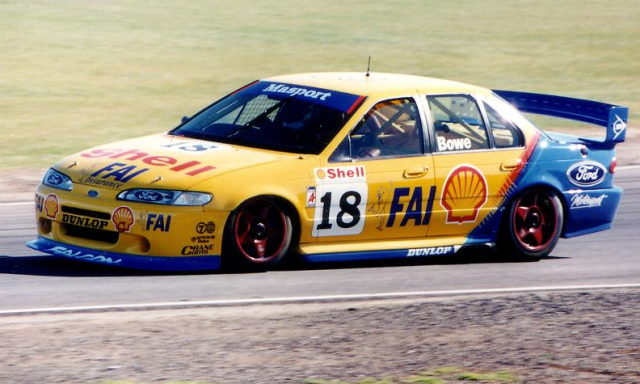 Bowe and DJR overcame many obstacles to win the 1995 ATCC

A pre-season earthquake in Kobe, Japan, had decimated Dunlop’s tyre supply, leaving DJR to ration its remaining Japanese rubber alongside new batches sent from the UK.

A fracas over lightweight panels and a mid-season parity adjustment against the Fords further added to the challenge and, ultimately, the sweetness of victory. 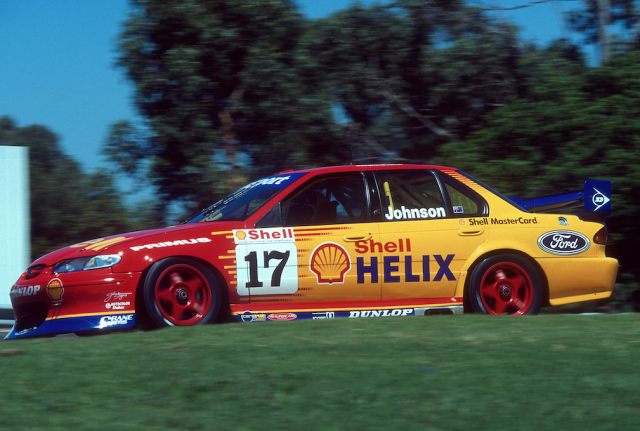 Shell gave DJR a revamped look for 1997, with its Helix oil brand taking centre stage on the two Falcons.

The new liveries were ‘christened’ early in the season in an embarrassing incident at Surfers Paradise, where Johnson speared into Bowe at the end of the back straight, immediately taking both cars from contention.

Later labelled as “a misunderstanding”, the incident left the two drivers with faces as red as their new cars. 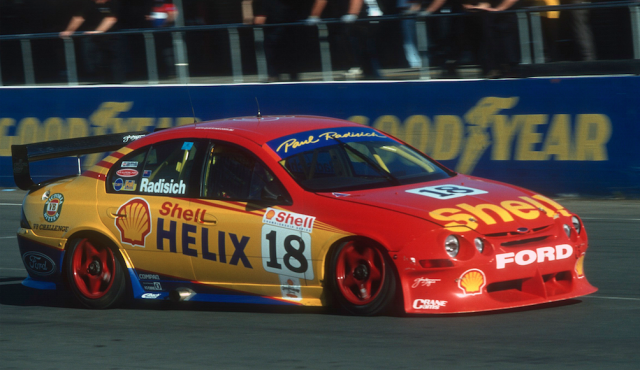 Paul Radisich stepped into the seat vacated by John Bowe

When Bowe elected to leave DJR ahead of the 1999 season, Paul Radisich stepped into the #18 Ford with full support from Shell.

Going on to blaze a trail of both high and lowlights with his aggressive style, Radisich made headlines for the wrong reasons just two events into his four-year tenure.

The Kiwi had to be lifted out of his car during Saturday’s first ever 250km Adelaide 500 heat after being overcome by fumes. 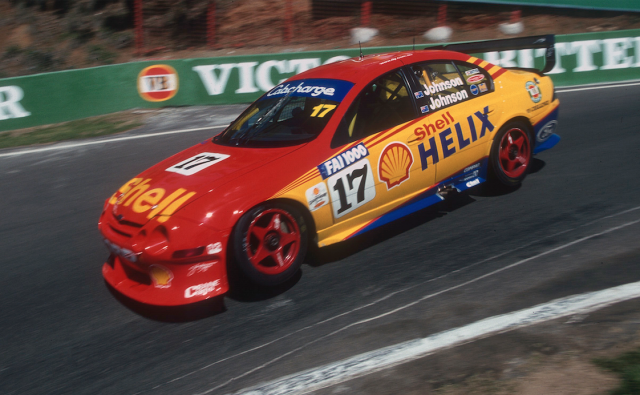 Despite having dominated much of the race, the lasting image of DJR’s 1999 Bathurst 1000 was not of Radisich holding the trophy, but rather feeding a horse on a property adjacent to his expired Falcon.

Radisich and co-driver Steve Ellery had shown phenomenal speed throughout the day, but a puncture from minor contact with a back-marker and then eventual engine failure ended the #18’s day.

Dick and Steve Johnson salvaged fourth for the team in the second entry, drawing the curtain on the former’s much trumpeted farewell season. 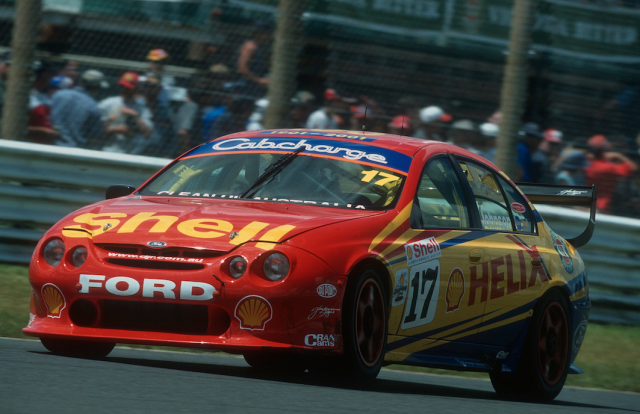 It may not have been Mount Panorama, but almost two decades later, DJR got a revenge of sorts over the red flag rules that had cost it so dearly in 1992.

Amid an intense fight with Russell Ingall during a late race storm at the Queensland 500, Radisich had speared into the Turn 1 gravel trap.

A subsequent call for red flags, which came five laps short of the scheduled distance, saw the #17 Ford declared the winner; much to the delight of the parochial Queensland crowd.

If DJR’s luck over its final three seasons with Shell backing could be summed up in one moment, then lap 51 of Race 2 at the 2003 season opening Clipsal 500 would be it.

Max Wilson’s first championship event with the team ended in frightening circumstances as a piece of the front-straight bridge fell on his Falcon, smashing its windscreen .

With glass fragments in his eyes, the Brazilian driver brought his car to rest at the Senna Chicane, where he was attended to by marshals.

Wilson would have just one season at DJR, replaced by Warren Luff for the team’s final year in Shell guise. 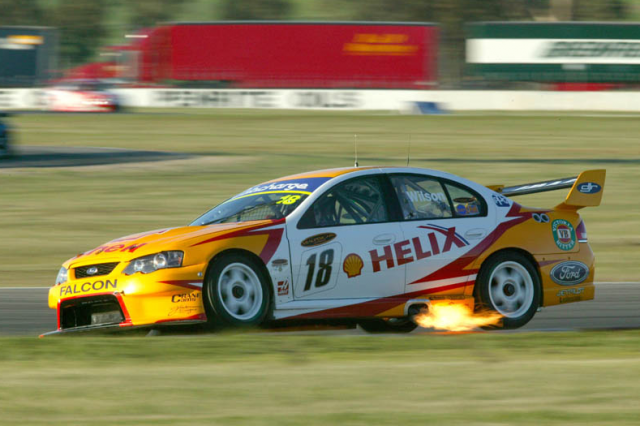