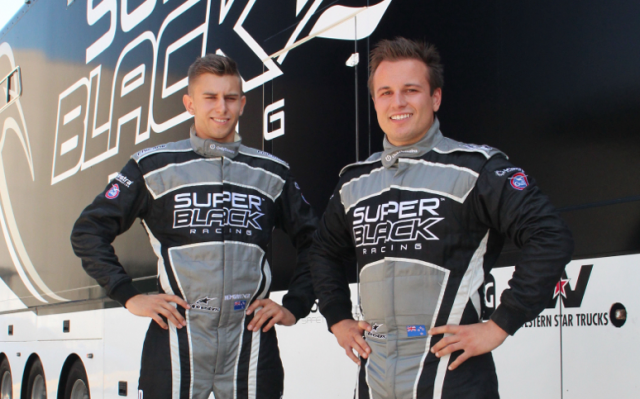 MWM will run the Super Black entry in the second-tier V8 Supercars class alongside its other ex-Prodrive Racing Australia Falcons for Chris Pither and Jack Le Brocq.

“This is a great opportunity for me,” said Evans, who inherits the Falcon that was shared between Ryan Simpson, Steve Owen, Dean Fiore, Tim Blanchard and Peter Rullo in 2014.

“Following my recent racing results in New Zealand, the Dunlop Series is definitely the next step for me. So while it’s going to be a challenge, I’m really looking forward to it.

“Representing Super Black Racing as the only New Zealand team in the V8 Supercars at the moment just makes it even more exciting and it’s great to have their support as it can be really hard for drivers to break out of New Zealand.”

The Tony Lentino-owned Super Black was formed last year, with the IT entrepreneur fielding a Prodrive-run wildcard in the Supercheap Auto Bathurst 1000.

“The team was started to help New Zealand drivers break into different levels of motorsport so when this became a possibility, we knew we had to make it happen,” said Lentino of the Evans deal.

“It’s simply what we’re all about.”

Heimgartner and Evans are both on track at Winton Motor Raceway today, with the former undertaking a rookie test ahead of the Clipsal 500 Adelaide.

The livery Evans will campaign in the Dunlop Series