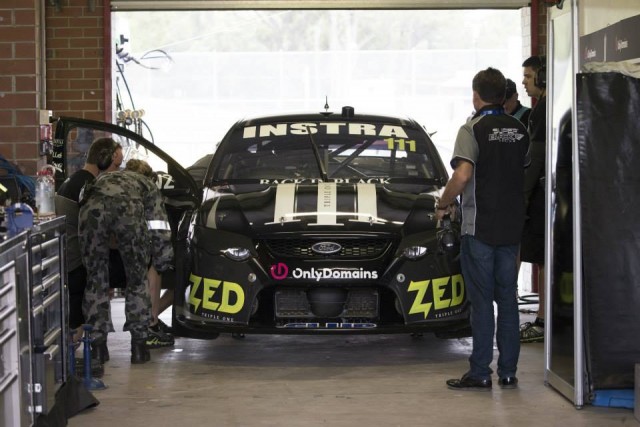 Andre Heimgartner and Super Black Racing are today having one last track hit-out before their full-time debut in the V8 Supercars Championship at the Clipsal 500.

While teams only have one private test day this year, the 19-year-old Kiwi is using one of two additional rookie tests allocated to him for the season.

Stepping into the main category after two years in the Dunlop Series, Heimgartner finished this month’s Sydney SuperTest at the foot of the combined time sheets.

It was a challenging weekend for the Prodrive Racing Australian-run entry, which inherited the tyre bank from Scott Pye’s 2014 season thanks to running under the former #16 Racing Entitlements Contract.

Heimgartner was 20th fastest when on new tyres in the Sunday afternoon Shootout and says he’ll utilise that set today as he continues to learn the Car of the Future-spec cars.

“We made progress but it’s very hard when you’re given a batch of tyres and you don’t really know what they’ve done before,” Heimgartner told Speedcafe.com of the Sydney hit-out.

“We didn’t have any softs to use either, but we still achieved what we wanted in terms of me getting comfortable in the car. 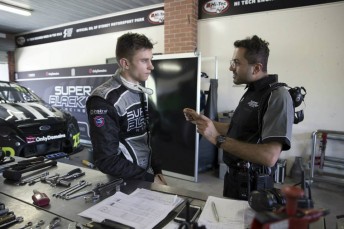 “(Today) will be more of a tuning day. We know what tyres we’ve got now and we’ve sorted the car out so we should be able to push on and do a whole lot of changes.

“We’ll try and tune the car a bit on that new set of tyres, but we all know what it’s like in Supercars, the limit on the tyres means it’s hard to really do anything.

“We’ve got to think about Clipsal as well and make sure we have some tyres to run in practice there too.”

Fully appreciating the level of competition in the championship, Heimgartner says he’ll start his rookie season aboard the Super Black FG with modest expectations.

The teenager’s start to the season has been thrown an extra challenge by Prodrive’s gradual upgrade to the FG X Falcon, which means he’ll only have David Reynolds’ data to compare with in Adelaide.

The team could have four FG Xs on track as soon as the Australian Grand Prix support races, although that will likely depend on Mark Winterbottom and Chaz Mostert having clean weekends in Adelaide.

“If I qualify at the back I won’t be too disappointed because I’m expecting it to be very hard and a learning experience,” said Heimgartner of Adelaide.

“But in the races, at Bathurst my race pace was pretty good, so I’ll expect to move forward. If we could get a top 15 result it would be amazing.

“Just to be on the grid in a full-time seat with a car with my name on it will be a very special moment,” he added.

“I’ve been looking up to this ever since I was seven, watching guys like Greg Murphy or Shane van Gisbergen race.

“You have to pinch yourself, but it’s not a moment to slack off because I’ve still got a long way to go.”

Heimgartner’s full-time V8 Supercars Championship debut in Adelaide will come on the same weekend as girlfriend Renee Gracie steps into the Dunlop Series for the first time. 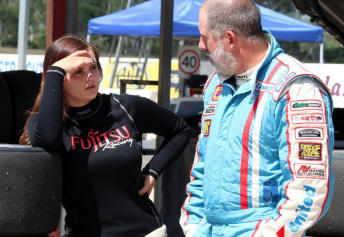 Driving for Paul Morris Motorsport, the Carrera Cup graduate had her second ever V8 Supercars test day on Monday.

Heimgartner predicts that Gracie will “surprise a few people” this year, but says he won’t be rushing in with advice throughout the season.

“We’ve talked about it (moving into the Dunlop Series) a little bit but obviously being my girlfriend she likes to think she knows better about everything,” he laughed.

“She takes a bit of advice, but at the end of the day she knows what she’s doing and she’s got a great team running her car with all the experience you could ever need.

“I’ll just take a bit of a back seat and let her do her own thing.”