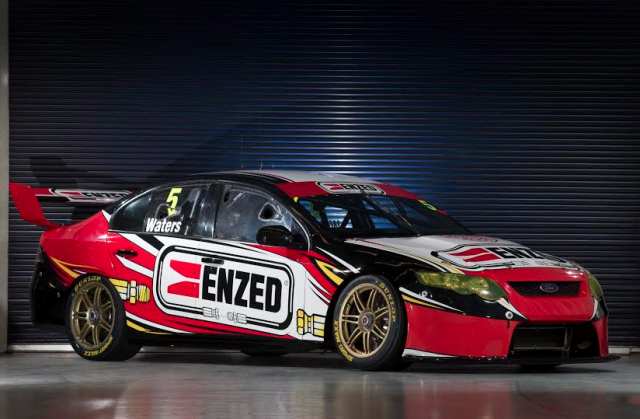 Cameron Waters will compete with the #5 on his Prodrive Racing Australia Ford in the Dunlop Series this season.

The 20-year-old moves to the team’s flagship number, which is a carry-over from its original Glenn Seton Racing guise, under new regulations allowing the same number to be used across both V8 Supercars tiers.

The new season marks Waters’ fourth in the Dunlop Series and his second with Prodrive.

“Obviously after finishing second last year, the championship is our one and only goal in 2015,” said Waters.

“I’m ready to start this year the way we finished 2014 and I’m looking forward to working with my new engineer ‘Patto’, who I already built a good relationship with during last year’s Enduro Cup.”

Waters is on track today undertaking a test session at Winton, where Prodrive is also running its Super Black Ford.

As revealed last December, Waters will co-drive one of Prodrive’s Pepsi Max Crew entries in this year’s Pirtek Enduro Cup.

Final pairings between Mark Winterbottom, Chaz Mostert, Waters and Steve Owen are yet to be finalised.