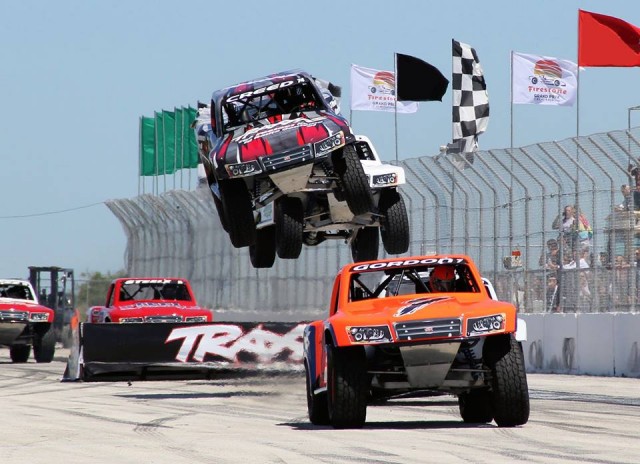 Four Australians will be among the field for the debut of Robby Gordon’s Stadium Super Trucks Series at the Clipsal 500 Adelaide.

Event organisers have confirmed the full 10 truck grid, which is headlined by series owner and reigning champion Gordon. 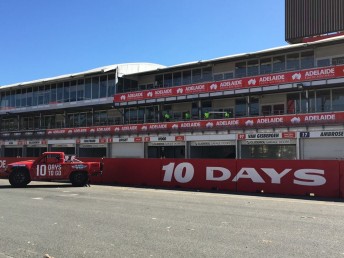 The event will mark a rare outing for Price on four-wheels and follows his impressive ride to third overall in the recent Dakar Rally.

The 17-year-old Creed finished second in last year’s series, winning three of the 16 races, while former IndyCar driver Viso and Kincaid were also race winners in 2014.

The trucks will race on the full Clipsal 500 circuit, with ramps added to launch the 600bhp vehicles as far as five metres into the air and 40 metres down the track.

The field will take to the course for two 20 minute sessions on Thursday followed by an eight lap race on each of the following days.