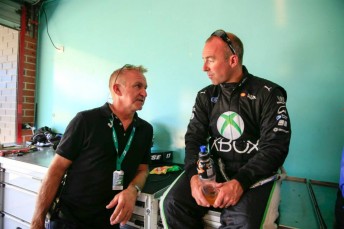 V8TV, Fox Sports and Network Ten have all now unveiled their full line-ups ahead of the season-opening Clipsal 500 Adelaide.

As previously reported, the V8TV commentary team of Neil Crompton and Greg Rust and pitlane reporters Greg Murphy and Riana Crehan will cover the track sessions for both the Fox and Ten coverage.

Jessica Yates, Mark Skaife and the recently retired Russell Ingall will provide pre and post session analysis for Fox Sports, which kicked off its coverage at the recent Sydney SuperTest.

Matthew White, Mark Larkham and current driver Rick Kelly will fill a similar role for Ten during its six live events, while Mark Webber will also be a part of its Clipsal 500 and Bathurst 1000 coverage.

This week’s Pirtek Poll asks; Which V8 Supercars TV talent will make the best contribution to the new look coverage in 2015?