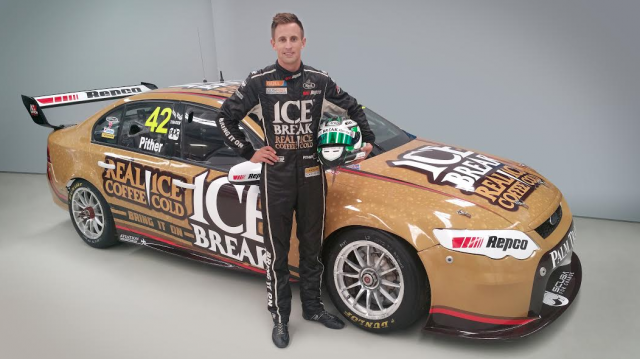 Chris Pither and sponsor Ice Break have joined MW Motorsport for an assault on the Dunlop Series title.

Pither scored a race and a round victory last year on the way to fourth in the standings and looms as a major contender for this year’s crown.

Brokered through the driver’s long-time backer Ice Break Iced Coffee, the deal was sewn up while Pither was competing in the recent Bathurst 12 Hours.

“Receiving the phone call from Matthew on Saturday at the Bathurst 12 Hour confirming I would be back on the grid in 2015 was a huge relief,” said Pither.

“I’ve been running in the series now for two years and I feel this is the next step in my progress towards winning the title.

“I’ve driven a lot of different V8 Supercars in recent years but this will be my first time in a Ford Performance Racing-built car, so I’m looking forward to my first test.

“The team has a lot of experience and data with the cars so hopefully by the time we get to Adelaide we can hit the ground running.

“If we can be fast and consistent throughout the season then there’s no reason why we can’t be in the mix for the championship at the end of the year.” 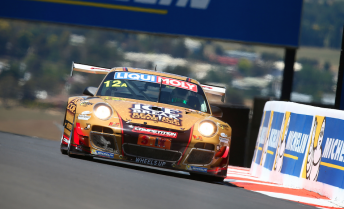 The team is the only two-time title holder in the 15-year history of the Dunlop Series, taking the prize in 2009 with Jonathon Webb and 2013 with Dale Wood.

Heimgartner, who inherited Wood’s winning Falcon, led the team to a best of fifth in last year’s standings, one place behind Pither.

“Chris was the most consistent performer in last year’s Dunlop Series and in my mind the stand-out driver of the season,” said White.

“We’re confident that MW Motorsport can give him the equipment he needs to take the next step with his results.”

In addition to his Dunlop Series efforts, Pither competed in the Pirtek Enduro Cup with BJR over the last three seasons, co-driving with Dale Wood.

With BJR currently assessing Brad’s son Macauley for a possible endurance berth, Pither says he’s on the market hunting for a co-drive.

“I’m looking at all the options at the moment,” he said.

“Ideally we’ll have something sooner rather than later because with the limited testing now it’s going to be important for co-drivers to make the most of the extra practice sessions at race meetings.

“But if we don’t get anything sewn up soon I’m hoping that some strong results in the Dunlop Series will help that cause.”

The Kiwi is also hopeful of returning to the Bathurst 12 Hours next year after taking 11th in his first ever GT race alongside factory Porsche driver Patrick Long and US-based Australian David Calvert-Jones.

The entry was a collaboration between American outfit Competition Motorsport and the Queensland-based McElrea Racing and had seen Pither fly to the US to test the car in the lead-up to the meeting.

“Doing the Bathurst 12 Hour was a great start to the year as there’s no substitute for seat time, regardless of what car you’re in,” said Pither.

“Normally when you go to Clipsal you’re lucky if you’ve done a test day in a Supercar, so having a 12 Hour and a test under my belt will help us make a flying start.”