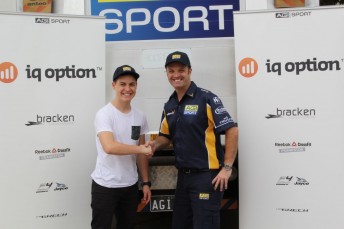 The son of former Holden Racing Team manager Jeff Grech will join the New South Wales operation after four seasons in Formula Ford, where he won the Victorian state level championship in 2013.

“I’m very keen to work with Adam and his team this year. His experience in high level motorsport shows he knows what it takes, so I’m looking forward to working with them and picking up some great results this year”.

Team owner Gotch is confident his latest recruit will quickly adapt to the new Formula 4 Championship.

“He has the skill and racecraft to hit the ground running in this series and we are looking forward to working closely with Tom and his sponsors in this inaugural season of the CAMS Jayco Australian Formula 4 Championship.”

Grech will join the already confirmed Formula 4 drivers for an unofficial test day at Winton on February 25.

The seven round championship is set to begin at Townsville from July 10-12.