Pye found himself without a full-time ride this season amid the Penske takeover of Dick Johnson Racing, which has seen the squad slim back to a single car.

The 25-year-old, who is managed by Triple Eight’s Roland Dane, will undertake ride day and test duties for DJRTP ahead of the three-event Pirtek Enduro Cup.

“I am really pleased to be given this opportunity,” said Pye in a statement.

“To reunite with the guys at DJR Team Penske and drive with Marcos is fantastic.

“The focus on the new team and Marcos is huge and I’m sure I will be able to repay the team’s faith in me.

“It was looking a bit rough at the end of last year as there were few openings, but this drive gives me stability and hopefully opens the doors to a return to a full time drive in 2016.’

DJRTP managing director Ryan Story said that his team had been keen to accommodate Pye.

“He matured greatly and as our future plans evolved, we were very keen to keep that association going.

“The driver market was quite volatile towards the end of 2014, but after Scotty’s performance at the Sydney 500, we were focused on making it happen.”

While Pye fills DJRTP’s single co-driver slot, the team has publicly stated a desire to field at least one V8 Supercars wildcard this year, most likely in the Supercheap Auto Bathurst 1000.

Such an entry, should it become a reality, would likely provide an opportunity for two of Penske’s IndyCar drivers to race in the Australian category. 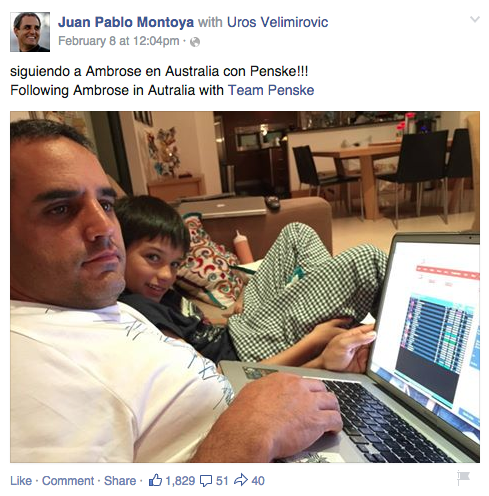