GT Academy graduates Mardenborough and Ordonez have been named in Nissan’s return to the top bracket of sports car endurance racing along with NISMO mainstay Michael Krumm.

Nissan is launching one of the most ambitious top level sports car prototype campaigns ever undertaken with its GT-R LM front engine and front drive machine which has quickly assumed the nickname ‘batmobile’.

Confirmation of Mardenborough’s place in the LMP1 program comes only three years after he was contemplating his future path in life as a gap-year student.

The 23-year-old will compete in the full World Endurance Championship in 2015.

“I want to show that there is a different route to the top of motorsport, than just years and years of expensive go karting, by winning at Le Mans,” said Mardenborough.

“It’s an honour for me to be chosen to compete in LMP1 for Nissan. “I have raced at Le Mans twice in LMP2 so I have seen the current LMP1 cars at very close quarters out on the track.

“The Nissan GT-R LM NISMO looks set to be an historic race car and I get to drive it.”

Ordonez has the distinction of being the maiden winner of Nissan’s virtual-to-reality GT Academy project.

Nissan plans to campaign three GT-R LM machines at the second WEC round, the 6 Hours of Spa on May 2 before running the three-pronged attack at Le Mans in June.

The Japanese manufacturer will revert to two cars for the balance of the eight-round WEC.

GT Academy drivers Florian Strauss and Wolfgang Reip were both in action at the Bathurst 12 Hours over the weekend, winning the race alongside Katsumasa Chiyo in Nissan’s factory GT-R GT3. 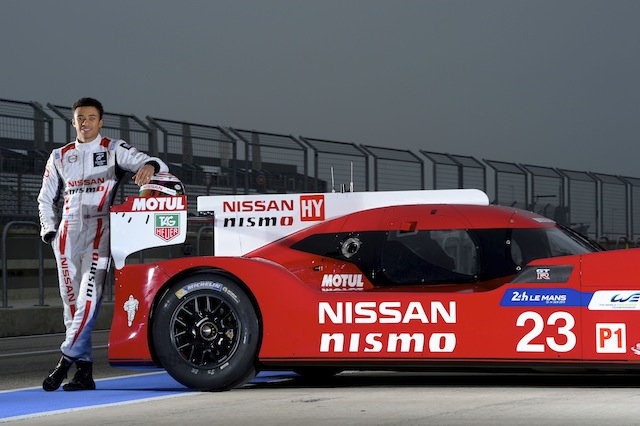 Jann Mardenborough has been pitched into Nissan’s LMP1 WEC program